ALPENA, Mich. (FOX 2) - A Northern Michigan woman got an unbelievable start to her new year.

A customer went above and beyond, leaving the single mother a tip for $2,020 on a bill that was only $23. 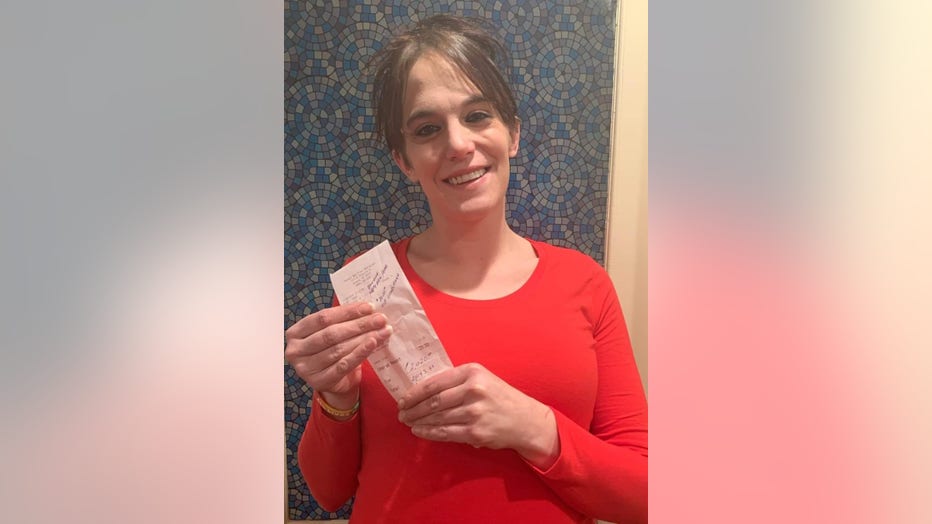 It happened during Danielle Franzoni's shift on Sunday at Thunder Bay River in Alpena. At first, she says she couldn't believe it and her manager had to assure her the money was legitimate. 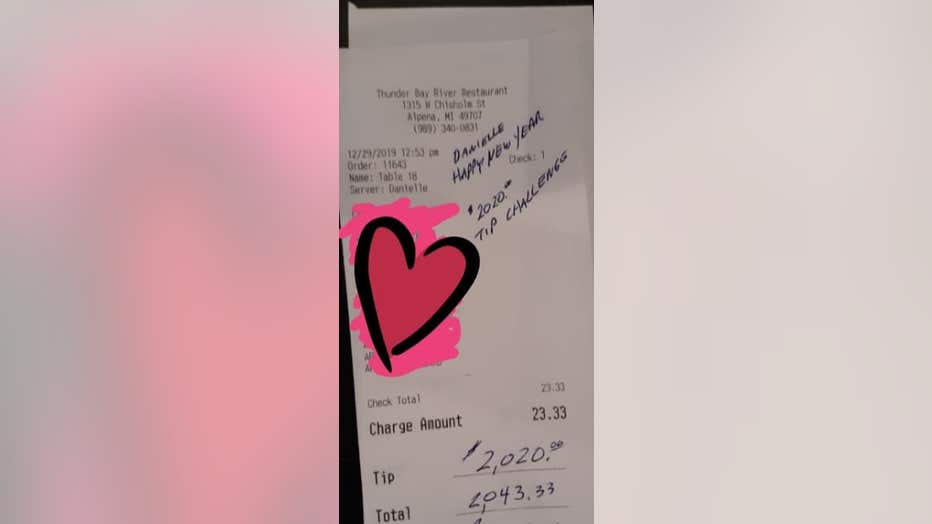 Franzoni says the random act of kindness came at a critical time. A recovering addict, she's working to rebuild her life after living in a homeless shelter just one year ago.

She plans to use the funds to reinstate her driver's license and build her savings, the thing she says is her last barrier to living a new life.

She also told The Alpena News she went out to eat that same night and tipped the waiter $20.20.

Fox 2 reported on this story from Southfield, Mich.