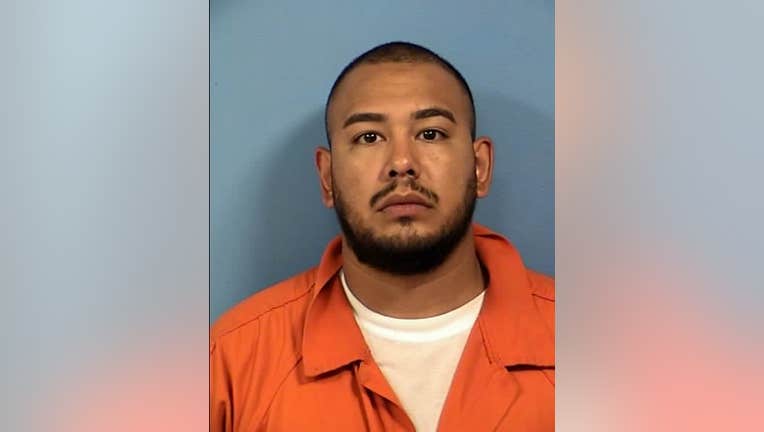 Jesser Oaxaca, 32, of the 9100 block of West Church Street, has been charged with one felony count of cannabis trafficking, manufacture/delivery of cannabis, aggravated discharge of a firearm and calculated criminal cannabis conspiracy.

Oaxaca must post 10% of the bond to apply for release pending trial.

"The allegations that Mr. Oaxaca and his co-defendant were in possession of more than four tons of cannabis and cannabis edibles is proof positive that the cannabis black market is alive and well," DuPage County State’s Attorney Robert Berlin said in a statement.

Oaxaca’s co-defendant, Nicholas Valentino, 33, of Des Plaines, appeared in bond court May 30, and his bail was set at $5 million cash.

On May 27, DuPage County Metropolitan Enforcement Group officers were conducting surveillance at a Wood Dale warehouse suspected in drug activity. Agents saw a van and a Volkswagen leave the warehouse. Oaxaca was allegedly driving the van and Valentino was driving the Volkswagen, authorities said.

While the agents were following the van, Valentino was conspiring on a FaceTime call with Oaxaca to set up an ambush of the agents. The agents were not able to stop the van, until it reached a residential street in Wood Dale, officials said. Valentino then pointed a gun at the agent's car, firing two shots.

The agents were not hit by the gunfire. After firing at the agents, both vehicles fled at a high rate of speed. Agents began pursuit of the two vehicles onto Route 83 where the two vehicles went in separate directions, officials said.

Agents followed the Volkswagen until it crashed into a Bensenville squad car and an unmarked drug enforcement squad car. Valentino was then taken into custody. Oaxaca was not taken into custody until June 16. He has been charged accordingly.

On May 28, a search warrant was executed at the Wood Dale warehouse where authorities allegedly found about 40 pallets of vacuum-sealed cannabis totaling more than 7,600 pounds, approximately 406 pounds of cannabis edibles, 6,891 THC cartridges and more than 700 grams psilocybin mushroom bars.  The estimated street value is around $22,000,000.

"The Illinois State Police, along with DuMeg and our other partners in law enforcement, continue to bring violent drug traffickers to face justice," ISP Director Brendan F. Kelly said in a statement.

Oaxaca‘s next court date is scheduled for July 21. Valentino has a status hearing that same day.