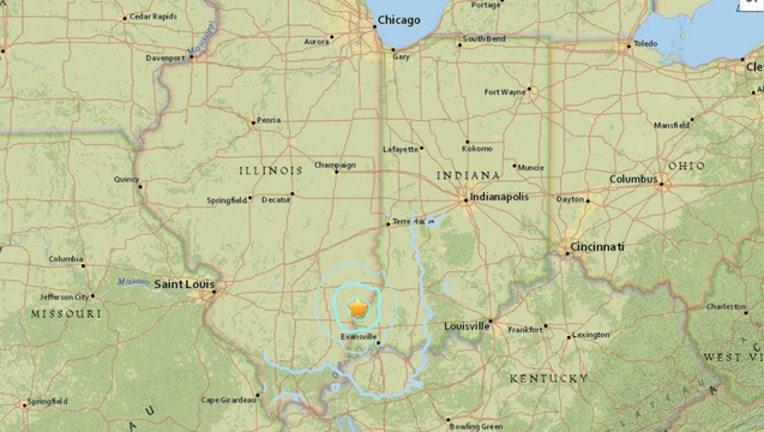 SUN TIMES MEDIA WIRE - A small earthquake was reported Tuesday morning near Albion in southern Illinois, according to the U.S. Geological Survey.

The 3.8 magnitude earthquake was reported at 6:47 a.m. with an epicenter about 7 miles northeast of Albion, according to USGS seismologist Zachary Reeves. Weak or light shaking was felt up to 229 miles away.

Shaking was reported as far as Mount Vernon, Carbondale and Bloomington, Indiana, according to the USGS website.

Reeves said the earthquake was “fairly small” and was unlikely to cause serious damage. He said earthquakes this size or slightly larger were not uncommon in the midwest.

A 4.2 magnitude earthquake in Michigan in May 2015 was felt as far away as Chicago and some surrounding suburbs, including Evanston, Carol Stream, Romeoville, Joliet, Carpentersville, McHenry and Dundee, the Sun-Times reported at the time.