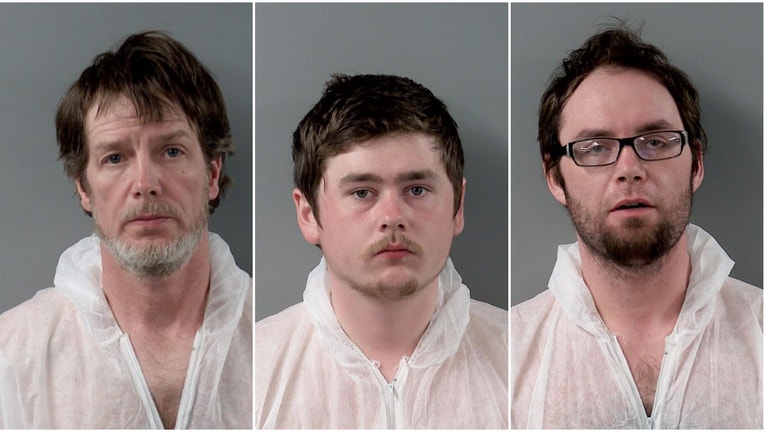 They are charged in the death of 51-year-old Robert L. Krikie Jr., police said.

An investigation led police to a secluded wooded inlet on the west side of the Three Oaks Recreation Area, where officers found Krikie floating in the water, police said.

Officers found the men, one of them covered in blood, Tuesday afternoon in the 6100 block of Northwest Highway, police said.

He said items were recovered from the men, but wouldn’t say what was stolen.

All are also charged with a count of robbery, two counts of aggravated battery, and a count each of concealment of a homicidal death and mob action, police said.

They are due in court Wednesday morning.

The McHenry County coroner’s office has not released a cause of death.