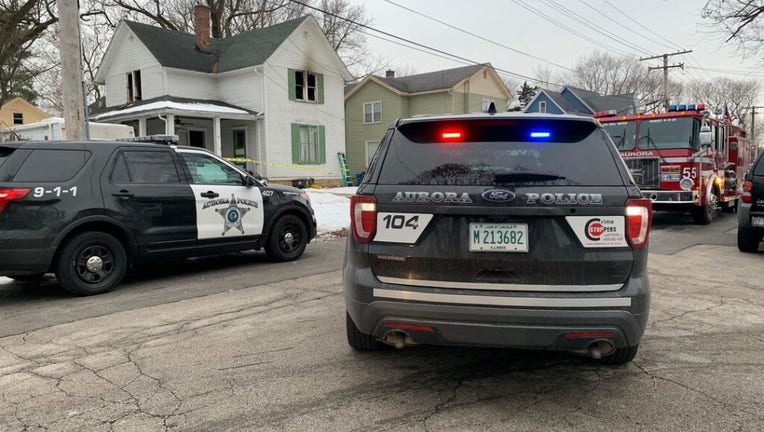 Crews respond to a fire Jan. 25 in the 500 block of Spruce Street in Aurora. | Aurora Fire Department

AURORA, Ill. - A 39-year-old mother of three died after she was pulled from a burning home early Monday in west suburban Aurora.

A fire captain was injured during the rescue, which began about 3:45 a.m. at a two-story home in the 500 block of Spruce Street, the Aurora Fire Department said in a statement.

After a passerby called 911, firefighters arrived outside the house and found three children — ages 3, 6 and 9 — who said their mother was still inside, the department said.

The captain was hurt while crews moved the mother out a window of a second-floor bedroom, which suddenly caught fire. The 51-year-old captain was treated for burns to his upper back, neck and ear.

The mother was taken by paramedics to Mercy Medical Center in Aurora, where she was pronounced dead, the department said. Her name wasn’t released.

The cause of the fire remains under investigation, the department said.

The home was deemed uninhabitable, and there was no working smoke detector. The estimated loss was $85,000.

The 45-year-old father and three children plan to stay with relatives.