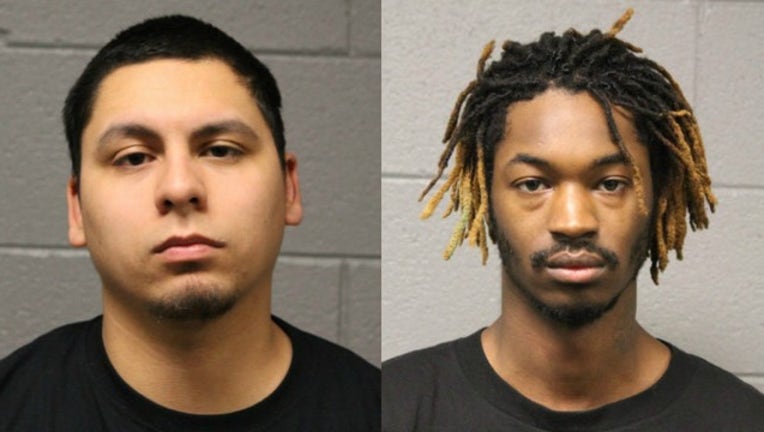 CHICAGO (Sun-Times Media Wire) - Four people have been charged after a skirmish broke out Friday night during a canceled rally for Republican presidential candidate Donald Trump at the University of Illinois at Chicago.

About 30 minutes after the rally’s official start time, an announcement was made inside the UIC Pavilion that the rally — which had been contentious from the start — would be canceled due to security concerns. The scene quickly became chaotic as people refused to leave and continued screaming at each other, pushing and throwing punches, despite police working to move them out.

Sohaan Goss, 21, was charged with one felony count of aggravated battery to a police officer and five misdemeanor counts of resisting arrest and obstructing a police officer.

Timothy Bradford, 32, of the 100 block of West Adams Street; and 45-year-old Kathleen Griffin, of the 17200 block of South Rains Island Row in Barbeau, Michigan, were both also charged with misdemeanor counts of resisting arrest and obstructing a police officer, police said.

Police said the four were arrested about 7 p.m. in the 1200 block of West Van Buren Street for participating “in a disturbance which occurred at a political rally,” police said. The pavilion, with a seating capacity of about 7,000 people was about three-quarters full during the rally, with a few hundred more people on the floor.

Giraldo, of the 1900 block of West Argyle Street, and Goss, who lives in the 10600 block of South Langley Avenue, were scheduled to appear in bond court Sunday.