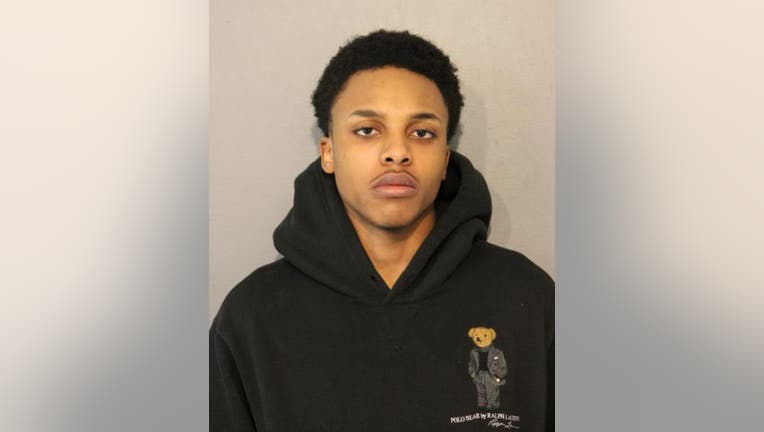 CHICAGO - Four men have been charged in connection with a police chase Tuesday that ended with a crash near McCormick Place.

Carey Hinton, 27, and Deonte Hill, 23, each face two counts of unlawful use of a weapon by a felon, a count of being in possession of a stolen vehicle, possession of more than 500 grams but less than 2,000 grams of marijuana and possession of a controlled substance, all felonies, Chicago police said.

Dezerhea McGee, 21, and Isiah Space, 20, each face one count of being in possession of a controlled substance, possession of more than 500 grams but less than 2,000 grams of marijuana, both felonies, as well as a misdemeanor count of criminal trespassing in a vehicle, police said.

Officers spotted a stolen vehicle speeding about 8:10 p.m. Tuesday and followed it on Lake Shore Drive, police said. The vehicle then lost control and crashed into a barrier near McCormick Place.

Isiah Space tried to run from the crash, but was taken into custody, police said. The other three men were taken to the University of Chicago Medical Center were they were listed as being in serious-to-critical condition, Chicago fire officials said. They have since been stabilized.

A search of the vehicle found weapons and drugs, police said.

All four men appeared in court for bail hearings Thursday and are due back in court again Jan. 21, according to Cook County court records. Space and Hill were released on recognizance bonds, while McGee was released after posting bail.

Hinton remains in custody on $15,000 bail, according to the Cook County sheriff’s office.