CHICAGO - A Chicago firefighter and three people were injured in a blaze Monday night on the South Side.

Shortly after 7 p.m., a fire broke out in the stairwell of a multi-unit apartment building in the South Shore neighborhood. The incident took place in the 6900 block of South Clyde Avenue.

It is believed the firefighter injured fell through the stairwell where the blaze broke out. Three residents suffered minor smoke inhalation.

They were all taken to the University of Chicago Medical Center.

Hallways were charred and residents could be seen hanging out of windows. Some residents were rescued with ladders. 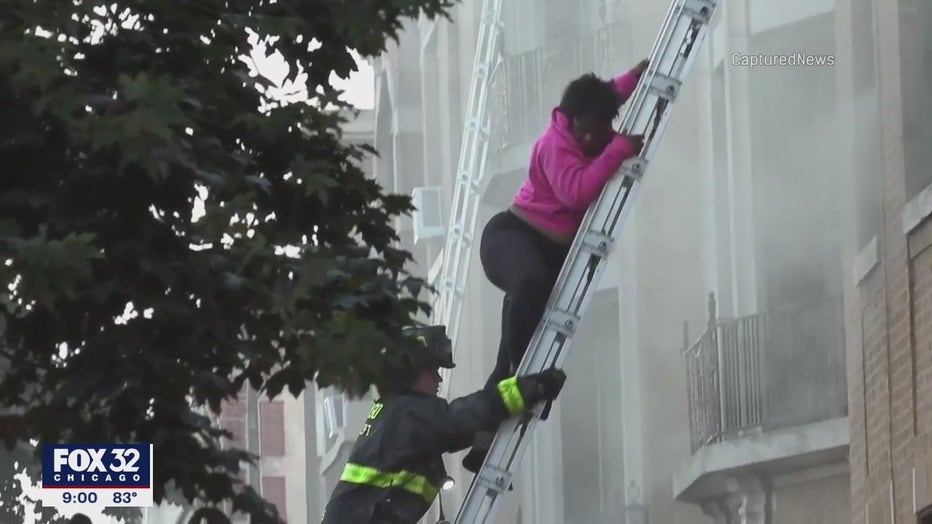 Smoke detectors did go off on the upper floors and someone was able to call 911 immediately. That call may have saved lives.

The cause of the fire is unknown, but the Chicago Fire Department did note that the blaze broke out around dinner time when people were cooking.

Fifteen people have been displaced. Red Cross is going to be deployed to help them find temporary housing.