CHICAGO - A CTA bus driver and three passengers were injured when a northbound bus veered across oncoming traffic and hit a tree Monday on Lake Shore Drive in Uptown on the North Side.

The No. 147 Outer Drive Express bus was northbound on Lake Shore Drive at 2:09 p.m. when it swerved through traffic, went over the center divider and crossed the southbound lanes before hitting a tree near the Lawrence exit ramp, according to Chicago police and the CTA.

Investigators think the driver may have experienced a medical emergency before the crash, police said. There were 34 passengers aboard the bus at the time. 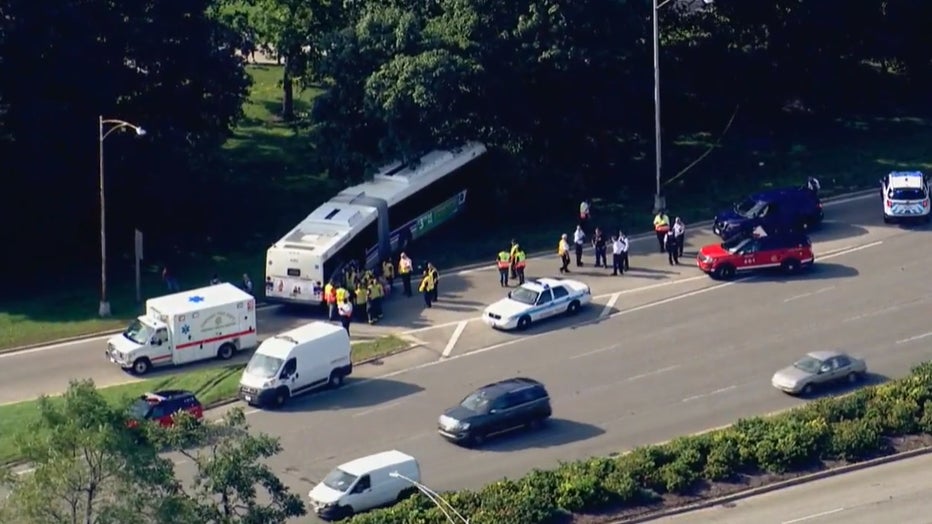 Four people were taken to hospitals, one in critical condition and the others in fair condition, according to Chicago Fire Department spokesman Larry Merritt.

The driver and one passenger went to Illinois Masonic Medical Center, according to police. Two other passengers were taken to Weiss Memorial Hospital, where they were treated and released.

The southbound Lake Shore exit ramp at Lawrence and two southbound lanes remain blocked as crews work to remove the bus, according to police.