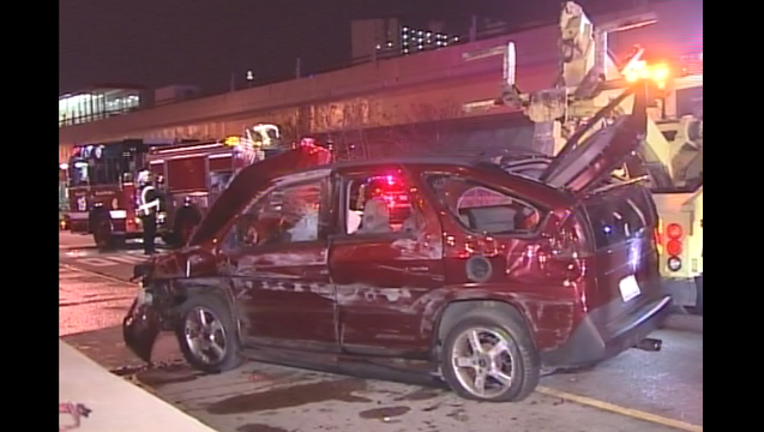 SUN-TIMES MEDIA WIRE - Four people were seriously injured in a single-vehicle rollover crash Saturday night on the Dan Ryan Expressway on the South Side.

The maroon 2002 Pontiac Aztec was speeding north on I-94 at 22nd Street when the driver lost control and the SUV struck the left wall shortly before midnight, according to Illinois State Police.

The impact caused the SUV to veer to the right, strike the right wall, veer back left and struck the left wall again, then turn over onto the driver’s side, police said.

All four people inside the SUV were taken to Stroger Hospital, police said. The driver, a 27-year-old man, was placed on life support. He was not wearing a seatbelt.

The front seat passenger, a 23-year-old man, and one of the backseat passengers, a 21-year-old woman, were listed in critical condition, police said. Neither were wearing their seatbelts, and the woman was partially ejected from the SUV in the crash.

The other backseat passenger, a 20-year-old woman, was in serious condition at Stroger.

Speed played a “significant factor” in the crash, police said.