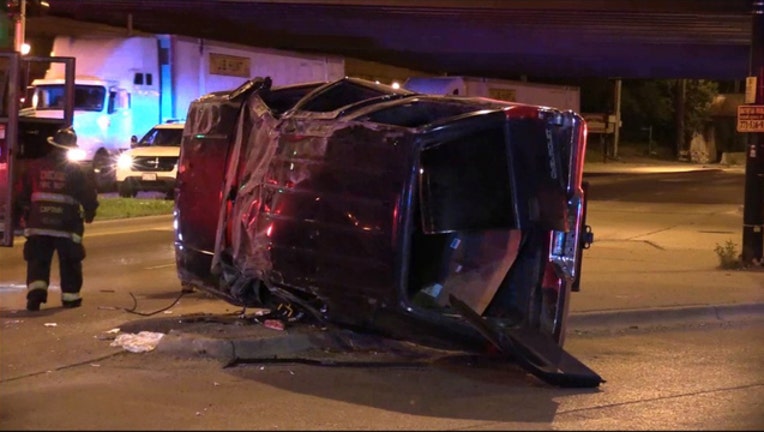 CHICAGO (SUN TIMES MEDIA WIRE) - Three men and a teenage boy were injured in a rollover crash early Tuesday on the Southwest Side.

A man was attempting to drive an SUV around another vehicle near 35th and Kedzie at 3:02 a.m. when it hit a median and flipped over, according to Chicago Police.

Four of the SUV’s occupants were taken to hospitals with non-life-threatening injuries, police said.

The driver and one passenger were taken to Mount Sinai Hospital. One of the men is 23 years old while the other is 21, although police could not immediately say which one was driving.