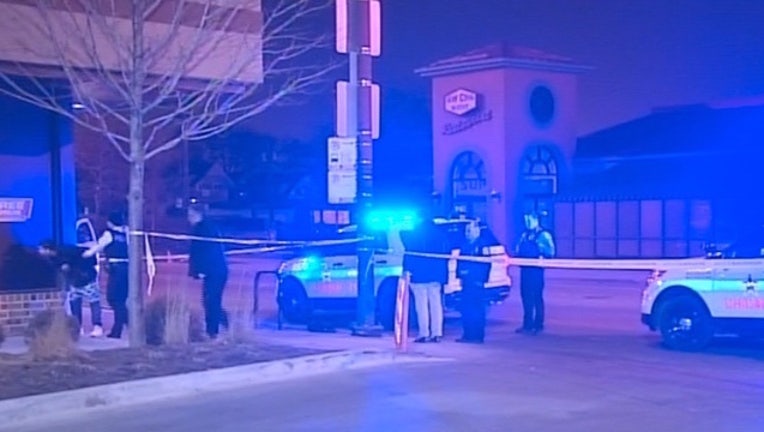 CHICAGO (Sun-Times Media Wire) - Four people were killed, including a 16-year-old boy, and at least 23 others were wounded in shootings across Chicago between Friday evening and Sunday night.

The teen was gunned down in the weekend’s latest fatal shooting, which happened about 7:50 p.m. Sunday in the Rosemoor neighborhood on the Far South Side.

Officers responding to a call of shots fired about 7:50 p.m. in the 10000 block of South Indiana found Andre Taylor lying in the front yard of a home, according to Chicago Police and the Cook County medical examiner’s office.

Taylor, who lived on the same block as the shooting, had suffered a gunshot wound to the head and was pronounced dead at the scene less than an hour later, authorities said.

Early Saturday, a 22-year-old man was shot to death in Avondale on the Northwest Side.

Ricardo Montes was on a sidewalk in the 3200 block of West Addison about 3:30 a.m. when someone opened fire from a passing SUV, authorities said.

Montes, who lived in the 3700 block of North Albany, was shot in the back and taken to Advocate Illinois Masonic Medical Center, where he later died.

Friday night, a 24-year-old man was gunned down in the West Garfield Park neighborhood.

William Smith was standing outside in the 3800 block of West Flournoy shortly after 8 p.m. when someone walked up and shot him in the head, authorities said.

Smith was taken to Mount Sinai Hospital, where he died less than two hours later. He lived in the 900 block of North Springfield.

The weekend’s first fatal shooting happened about 5:45 p.m. Friday in the West Side Austin neighborhood.

A 20-year-0ld man was shot several times while sitting in a vehicle in the 800 block of North Latrobe Avenue, police said.

He was taken to Stroger Hospital, where he later died. Authorities have not released his name, pending notification of his family.

The most recent nonfatal shooting happened during a robbery attempt Sunday night in the Marquette Park neighborhood on the Southwest Side.

A 57-year-old man was standing near an alley in the 7000 block of South Maplewood about 10:35 p.m. when another male walked up and announced a robbery, police said. A struggle ensued, and the 57-year-old was shot in the left hand. The robber, who was thought to be between 17 and 20 years old, ran away northbound. The man took himself to Holy Cross Hospital, where he was listed in good condition, police said.

Earlier Sunday afternoon, a pregnant woman was among two injured in a shooting in the Jeffery Manor neighborhood on the Far South Side. The 27-year-old woman and a 29-year-old man were outside about 3:45 p.m. in the 9600 block of South Brennan Avenue when a masked gunman opened fire from a passing vehicle, police said. She was shot in the chest and abdomen and taken in critical condition to Advocate Christ Medical Center in Oak Lawn. Chicago Fire Department officials said she was pregnant. The man suffered a leg wound. His condition was stabilized at the same hospital, police said.

About 2 p.m., a 16-year-old boy was shot in the leg in Back of the Yards’ 5400 block of South Bishop. He was taken to Comer Children’s Hospital in fair condition but police did not immediately have more information on the attack.

At least 19 more people have been wounded in other shootings across Chicago between 5 p.m. Friday and 11 p.m. Sunday.