MANTENO, Ill. - The Kankakee County Sheriff’s Office is asking for the public’s help in identifying a suspect or suspects involved in a home invasion in suburban Manteno.

Detectives say four men approached a residence while pretending to be affiliated with a utility company. The suspects forced their way into the home where a struggle then ensued between one of the men and the homeowner. At the same time, the other suspects rummaged through the house.

The suspects left after the homeowner called 911, detectives said. They left northbound on Interstate 57 in a dark grey Dodge Caravan with black rims.

One of the suspects was wearing a neon-green hate, possibly Hammerlane brand. 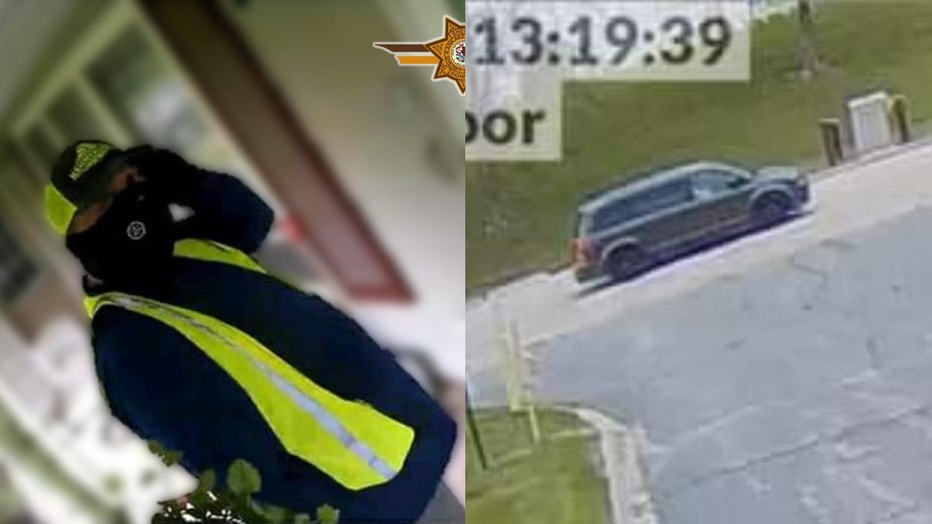 One suspect and alleged getaway vehicle in home invasion in Manteno, Illinois.

Any information provided that leads to an arrest and conviction in the case may lead to a cash reward, detectives said. Tipsters can remain anonymous.