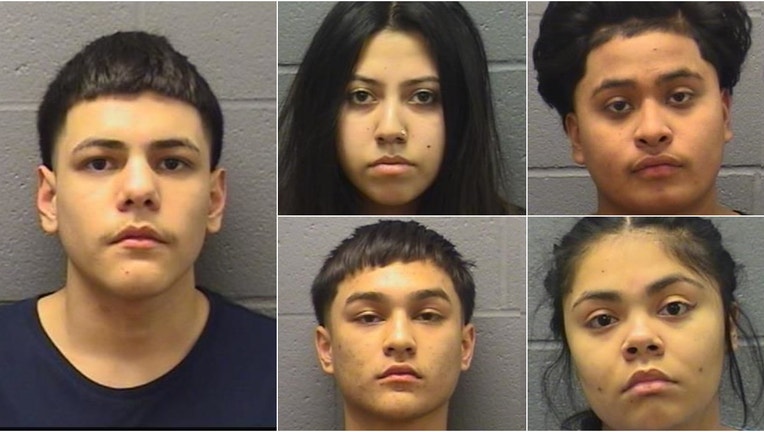 ELGIN, Ill. - Five people have been charged in a fight and shooting that took place Sunday in Elgin.

Jesus Canales, 18, faces eight felony charges in the shooting including aggravated battery of a firearm, aggravated unlawful use of a weapon and reckless discharge of a firearm, according to the Kane County State's Attorney's Office.

During the fight, Canales allegedly shot a 9mm handgun twice into the ground, pistol-whipped the victim multiple times and then fired a shot into the victim's chest, according to prosecutors.

Another person was struck by a bullet ricochet during the shooting.

Caneles was also charged with armed violence, aggravated discharge of a firearm, unlawful use of a weapon without FOI and mob action.

The other four were charged with mob action, a Class 4 felony.