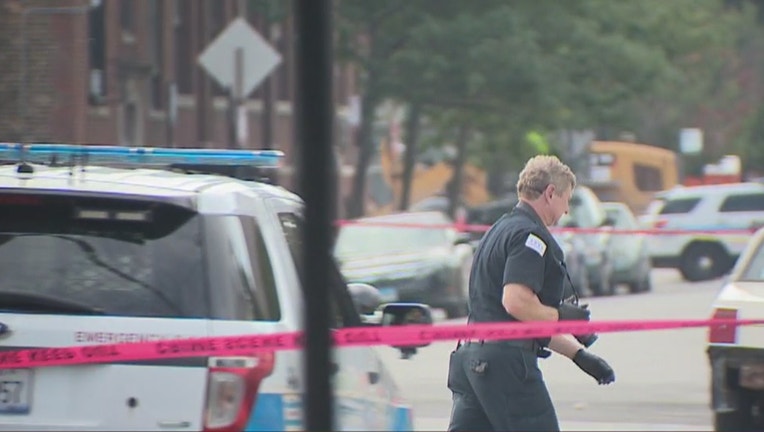 CHICAGO - Five people were shot Wednesday in Chicago, including a man who was killed in South Shore.

Jonathan Jackson, 28, was shot in the torso at 2:11 p.m. in the 2400 block of East 74th Street, according to Chicago police and the Cook County medical examiner’s office.

He was taken to the University of Chicago Medical Center, where he was pronounced dead, authorities said. He lived a couple blocks from where he was shot.

In non-fatal shootings, a teenage boy was critically wounded while walking to school Wednesday morning, according to a family friend.

The 15-year-old was walking through South Chicago at 8:34 a.m. when he was shot multiple times in the 9000 block of South Brandon Avenue, according to Chicago police. He was taken in critical condition to Comer Children’s Hospital.

The shooting happened about four blocks away from the Safe Passage route for Bowen High School, though the boy was a student at a high school in a different neighborhood.

One resident on the block, Martha Delreal, said the boy appeared to be wearing a school uniform. According to Delreal, two shooters fled east in a vehicle on Burley Avenue.

The day’s latest shooting happened in Chatham on the South Side.

About 9 p.m., a 30-year-old man was outside arguing with a male in the 7500 block of South Evans Avenue when the male pulled out a handgun and shot him in the face, police said.

The man was taken to the University of Chicago Medical Center in serious condition, police said. The alleged shooter was taken into custody.

Earlier in the afternoon, an 18-year-old man was wounded in a shooting in Gresham on the South Side.

About 5:30 p.m., he was in front of a home in the 8500 block of South Carpenter Street when someone approached him and fired shots, police said. He was struck in the foot and taken to Little Company of Mary Hospital, where his condition was stabilized.

The first shooting of the day wounded a woman in West Pullman on the Far South Side.

Police were informed of the shooting when the woman, 34, walked in to Roseland Community Hospital with gunshot wounds to both legs, Chicago police said. Officers learned that she got into an altercation with an unknown man about 4:45 a.m. in the first block of East 118th Street and was shot.

She was transported to Christ Medical Center in Oak Lawn where her condition was stabilized, police said. She was not cooperative with police.

Wednesday’s shootings follow a violent Tuesday in which 13 people were wounded and two were killed in shootings across Chicago.