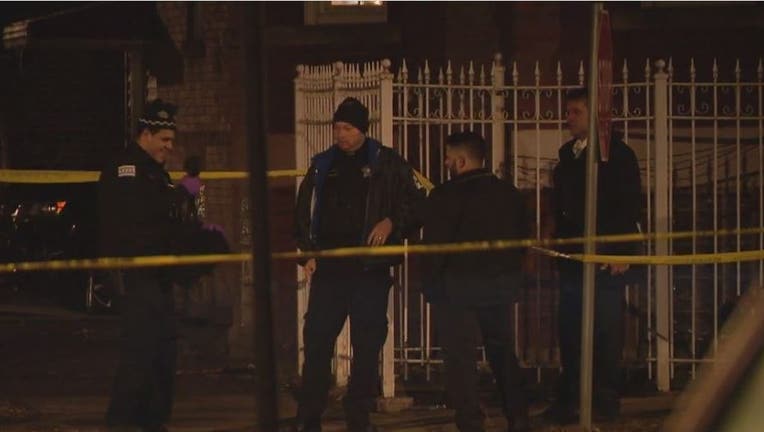 A 7-year-old girl was critically wounded after being shot during a family gathering in a home in Brighton Park on the Southwest Side.

The girl was playing with her cousins just after 1:30 a.m. Wednesday when someone opened fire on the sidewalk outside the home in the 3500 block of South Washtenaw Avenue, Chicago police and community activist Andrew Holmes said.

The girl was struck in the torso and taken to Stroger Hospital in critical condition, police said.

Girl, 7, among 2 shot in Brighton Park home on Christmas

A 38-year-old man was also shot in the leg and later showed up to St. Anthony Hospital, where he was transferred to Mount Sinai Hospital for treatment, police said. His condition was stabilized.

Only 30 minutes later, a 26-year-old man was shot less than a mile away in McKinley Park.

The man was walking about 2:05 a.m. when he was shot in the 3400 block of South Leavitt Street, Chicago police said. The man was struck in the right leg and taken to St. Anthony Hospital, where his condition was stabilized.

The day’s latest shooting left a 17-year-old boy with a graze wound in Wrightwood on the South Side.

About 1:15 p.m., he was walking in the 8100 block of South Campbell Avenue, when he heard gunshots and felt a pain in his back, Chicago police said. He was taken to Little Company of Mary Hospital, treated for a graze wound and released.

Early Wednesday morning, another man was grazed in Austin on the West Side.

The man, 32, was walking through a gas station lot about 3:15 a.m. in the 4800 block of West Madison Street when shots rang out and he was grazed in the shoulder, Chicago police said. He was taken to The Loretto Hospital where his condition was stabilized.

The Christmas Day shootings follow a Christmas Eve in which one person was killed and eight more were wounded in citywide gun violence.