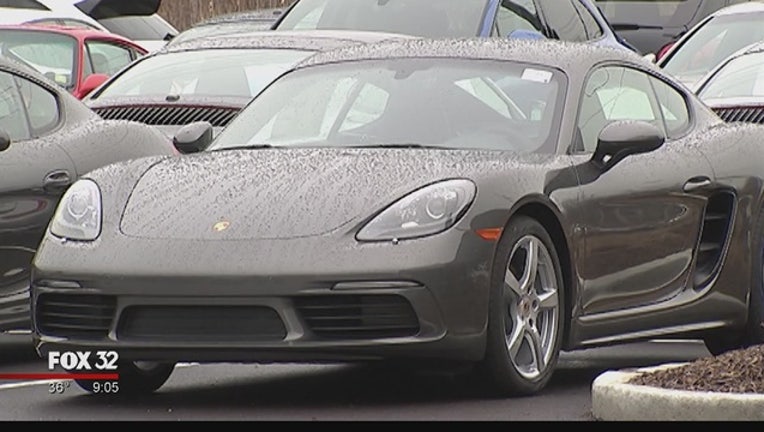 SUN-TIMES MEDIA WIRE - Police are investigating the theft of five vehicles on Sunday from a north suburban Libertyville dealership totaling more than $200,000.

About 11:20 p.m., police were alerted of vehicles leaving the Liberty Auto Plaza Nissan dealership, 920 S. Milwaukee Ave., at high speeds with no headlights, according to Libertyville police. The vehicles were last seen heading north on Milwaukee.

Officers searched the dealership and found no evidence of a break-in, so they searched nearby dealerships and found a broken glass door on the north side of Gregory Infiniti, 1121 S. Milwaukee Ave., police said.

About the same time, the Racine County sheriff’s office in Wisconsin notified Libertyville police that a vehicle owned by Gregory Infiniti was involved in a police pursuit ending in a crash, police said. Nobody was injured, and the suspects ran away.