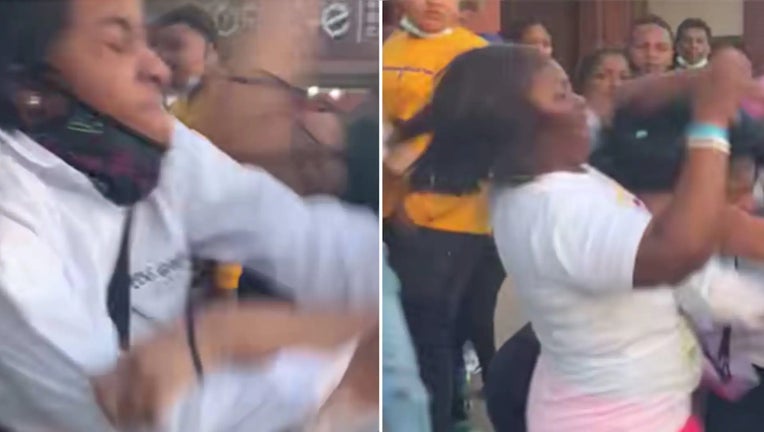 The victim, an employee at the Urban Air Trampoline and Adventure Park in Memphis, had asked the group to leave, according to local media.

Urban Air is a national chain where children can play on trampolines, rock walls and gymnastics equipment, among other items. It also hosts birthday parties.

There had been a fight inside the park before the assault, Memphis-based WREG reported.

The victim’s mother told the station that her daughter and other employees had been tasked with asking guests to leave the venue if they were not there for a party. She was walking the women out of the building when they allegedly attacked her in the parking lot.

Police released surveillance images of the attack and are asking the public for help tracking down the suspects.

The photos show a group of women apparently throwing punches as a group of onlookers stands behind them.

A Memphis Police Department spokeswoman told Fox News Friday that she was not aware any of the people in the background stepping in to break it up or help the girl.

Police were seeking the public’s help identifying suspects and Crime Stoppers was offering a $1,000 reward for information.

The assailants remained at large.