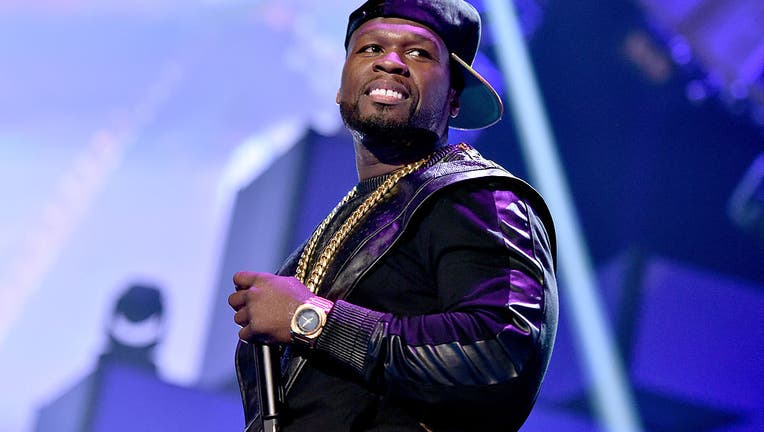 50 Cent seems to be worried about Lil Wayne's meeting with President Trump, which took the Internet by storm on Thursday.

Lil Wayne, whose real name is Dwayne Michael Carter Jr., tweeted a photo of himself standing next to the president.

"Just had a great meeting with @realdonaldtrump @potus besides what he’s done so far with criminal reform, the platinum plan is going to give the community real ownership," Wayne said. "He listened to what we had to say today and assured he will and can get it done."

The photo showed the 38-year-old rapper smiling wide alongside Trump, both donning red, white and blue with their thumbs up.

50 Cent, real name, Curtis James Jackson III, was at the center of his own controversy after encouraging voters to back the president before retracting his endorsement earlier this week. He hinted on Twitter that he feels his friend Lil Wayne made a mistake.

"oh no WAYNE, I WOULD HAVE NEVER TOOK THIS PICTURE," 50 Cent tweeted.

His reaction featured a facepalm emoji.

In his own explanation of the meeting, Lil Wayne praised Trump's proposed "Platinum Plan" which includes creating 3 million jobs in the Black community over the next four years, increasing access to capital by nearly $500 billion and strengthening Trump’s immigration policies to protect American jobs, according to his website.

Meanwhile, 50's own controversy ended with him reversing his political backing of Trump, which all began when he criticized Joe Biden's tax plans.

Among 50's critics was his own ex-girlfriend, comedian Chelsea Handler, who was more than dismayed at his support of Trump. Handler said 50 Cent is no longer her "favorite ex-boyfriend," which left quite the impression on 50 Cent. He ultimately rescinded his support after the comedian offered to pay the rapper's taxes if he did so.

50 Cent's final stance was delivered in a tweet late Saturday, in which the rapper wrote, "Another spin F--k Donald Trump, I never liked him.

"For all I know he had me set up and had my friend Angel Fernandez killed but that’s history. LOL," 50 added.

Trump's "Platinum Plan" has also been discussed by rapper Ice Cube, born O'Shea Jackson. Earlier this month, he confimed he's been in talks with the president, which similarly resulted in a steady stream of backlash from Trump critics, and his fans.

Ice Cube has been calling out the system for more than three decades through his music, but recently he has turned to political action. Over the summer, he released a "Contract with Black America," calling for reforms to close the opportunity gap in the country.

Ice Cube has since insisted in several interviews that he reached out to both Republicans and Democrats and noted that only the Trump campaign agreed to make headway on his "Contract with Black America."

Speaking on  “The Daily Show with Trevor Noah,” the hip hop star explained that the backlash he received for seemingly becoming a Trump supporter was misguided, noting that his goal is still to work with everyone in power.

Trump and Biden have both been backed by a number of celebrities. Election Day is Nov. 3.

Representatives for 50 Cent and Lil Wayne did not immediately respond to Fox News' requests for comment.