57 percent of people quit their jobs ‘specifically’ because of their managers, study found

LOS ANGELES - A study found that 57 percent of people have left a job “specifically because of their manager.”

“The Frontline Leader Project: Exploring the Most Critical Segment of Leaders” study was conducted by DDI, a global leadership consulting firm.

The study also found that 14 percent of people have had to leave multiple jobs because of management.

Another third of people, 32 percent, haven’t quit yet because of their boss, but have seriously considered it, the study found.

“Our research proved the old trope that ‘people leave managers, not companies,‘” the study said.

Only 12 percent of people are among the lucky few who have never quit, the study found. 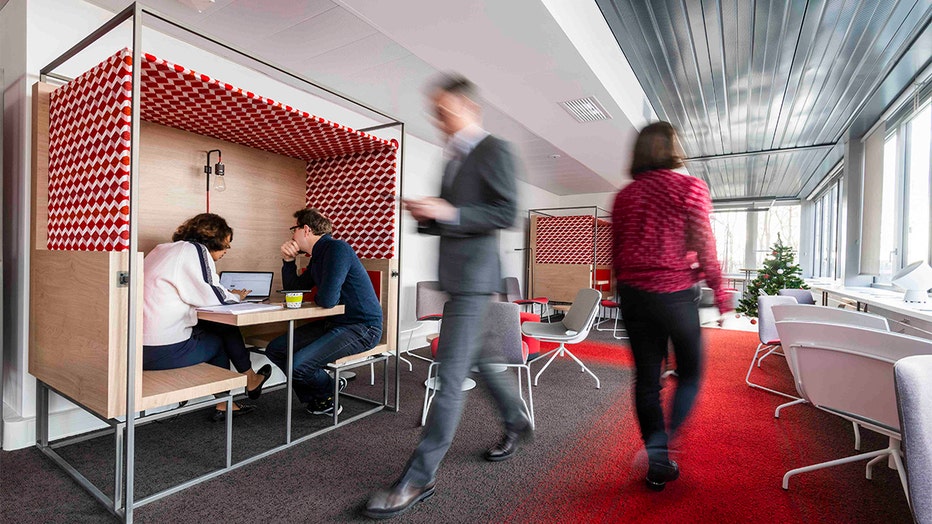 “What was it about managers that made people quit? Most often, people said their manager did not show respect for their work, was unprofessional, or didn’t listen to their concerns. In addition, many people cited a lack of empathy, which is a key principle of good leadership and an important factor in leadership success,” the study said.

“Luckily, while empathy is a skill that takes practice to master, it can be developed to help leaders become more effective,” the study said.

One of the participants in the study was a technical manager of manufacturing.

“I couldn’t get on the same page as my manager. I was going to quit unless I was promoted and, luckily, I was promoted into a job with a different, better manager. That’s the only reason I stayed,” the manufacturing employee said.

The study also found that the number-one weakness of frontline leaders is their ability to have difficult conversations.

“Senior leaders say the number one weakness of their organizations’ leaders is their ability to have difficult performance discussions with direct reports,” the study said.

The senior leaders also rank leaders low on their ability to coach others and engage and inspire their teams, according to the study.

“And the senior leaders are right; frontline leaders agree that they are weak in these areas. They cite having difficult conversations with direct reports as the area where they need the most help,” the study said.

These findings are reflected in how individual contributors view their performance reviews, according to the study.

“Conducted annually in most organizations, 76 percent of direct reports say these conversations are a positive experience. Direct reports say their managers are good at maintaining self-esteem and giving clarity on direction, but struggle with coaching for improvement,” the study said.

Having more regular coaching conversations is one way to solve the problem, the study found.

“Frequent coaching enables people to make small adjustments to their work to optimize results over time. It’s also significantly less pressure than waiting to have one big conversation at the end of the year, which may also be tied to promotion and compensation decisions,” the study said.

Another participant included a data science manager who said, “As a newer manager, I never expected how much work management was going to be. From performance reviews to one-on-ones to on-the-fly visits at my door, conversations with my reports are how I spend a good part of my day. It’s also proven to be my biggest challenge.”

The majority, 9 out of 10 individual contributors, feel stressed at work, the study also found.

“By far, their two biggest problems are finding the time to get everything done and navigating organizational politics. This mimics frontline managers’ own greatest stressors, suggesting that the same sources of stress affecting managers are reflected in their team,” the study said.

The struggle to find time also leads individual contributors to do more to manage the workload, the study said.

“The need to help people prioritize their time and effort is rapidly becoming one of the most pressing issues for leaders not only at the frontline, but every level of the organization,” the study said.

A software engineer who participated in the study said, “I feel buried every day at work. I come in and try to keep my head above water, but it’s almost impossible to catch up when my day has ended, and I still didn’t complete the first task I had on my list from last Thursday.”

“As companies continue to focus on driving employee engagement, one of the big missed opportunities is leaders involving their teams in their decisions. Though leaders meet frequently with their direct reports, they are not excelling at sharing their rationale or involving their reports in key decisions,” the study said. “This lack of involvement can have a significant negative effect on engagement as people don’t understand the purpose behind what they’re doing.”

A financial analyst who participated in the study said, “I would never call my current supervisor a micromanager, but she doesn’t involve me in anything much other than to tell me what my next project is going to be.”

“Individual contributors praise their leaders for allowing them the freedom to do their job, but if they are not regularly involved in making decisions or do not understand why changes are being made that impact them, they are at greater risk of becoming disengaged,” the study said.