CHICAGO - Six individuals were arrested over the weekend after one of them allegedly carjacked a person at gunpoint in Chicago and led police on a chase.

On Saturday around 5:44 a.m., officials say Illinois State Police troopers located a vehicle that was taken in a carjacking within the previous hour. Troopers tried to conduct a traffic stop in the area of Interstate 94 and 33rd Street but the vehicle took off, police said.

After a pursuit, ISP says troopers performed a Precision Immobilization Technique (PIT) maneuver near Tilden and Aberdeen streets and disabled the stolen vehicle.

Six individuals were arrested at the scene, police said. A firearm was also recovered.

Noah T. Ransom, 18, was charged with aggravated vehicular hijacking, unlawful possession of a stolen motor vehicle, aggravated fleeing and eluding, and unlawful use of a weapon.

Dallas A. Johns Jr. and Vernon Gipson, both 18, were charged with criminal trespass to a vehicle. 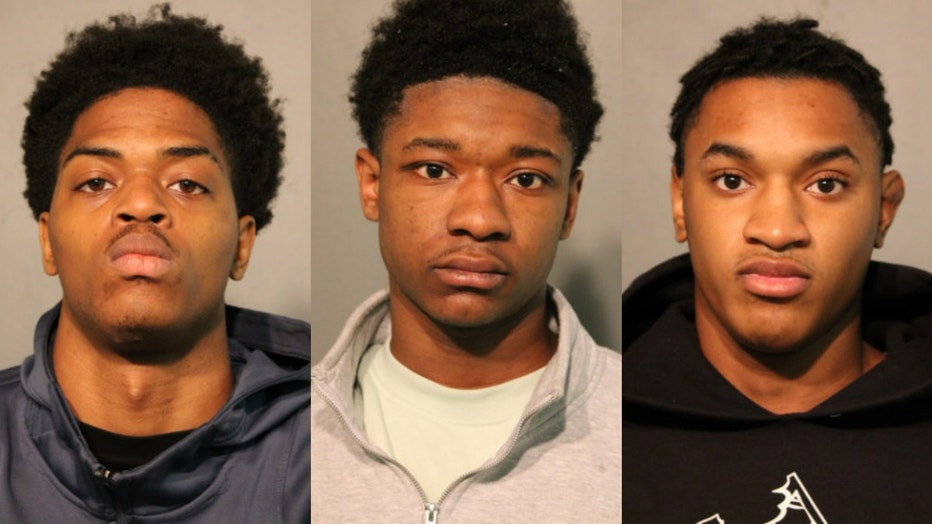 Three other 17-year-olds were hit with charges tantamount to criminal trespass to a vehicle, police said. They were released to their guardians.