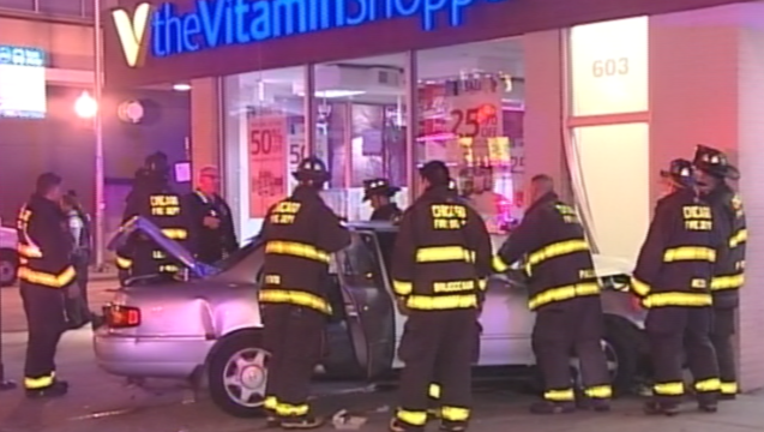 Chicago Fire Department paramedics responded after a car crashed into a building early Sunday in the 600 block of West Roosevelt. | Network Video Productions

CHICAGO (SUN TIMES MEDIA WIRE) - Six people were injured when a car driving the wrong way on a one-way street crashed into a city tow truck, then a building early Sunday in the South Loop.

About 3:30 a.m., the 1996 Toyota Camry was driving the wrong way on South Jefferson Street when it crashed into the tow truck at the intersection with West Roosevelt Road, according to Chicago Police. The car then crashed into a building.

The tow truck driver was not injured, police said.