CHICAGO - At least six people were shot Tuesday in Chicago, including a man who was critically wounded in Park Manor on the South Side.

The man, thought to be between 18 and 22 years old, was shot in the neck and abdomen about 8:21 p.m. in the 7000 block of South St. Lawrence Avenue, Chicago police said. He was taken to the University of Chicago Medical Center in critical condition.

Minutes earlier, an 18-year-old man was shot in Marquette Park on the South Side.

The man was walking in an alley about 8:16 p.m. in the 2600 block of West Lithuanian Plaza Court when he saw a white vehicle, police said. He started running, heard gunshots and felt pain.

He was struck in the arm and his condition was stabilized at Christ Medical Center in Oak Lawn, police said.

A 20-year-old man was wounded in an Englewood drive-by.

He was getting out of a vehicle about 7:47 p.m. in the 700 block of West 73rd Street when a dark colored SUV pulled up with the rear window lowered, police said. Someone inside the SUV opened fire and hit him in the foot before driving off westbound.

Earlier in the afternoon, a 50-year-old man was wounded in Austin on the West Side.

The man was walking down an alley about 3 p.m. in the 700 block of North Central Avenue when someone shot him in the abdomen, police said. He was taken to Stroger Hospital where his condition was stabilized.

About an hour before that, a 20-year-old man was shot in a drive-by in Fernwood on the South Side.

He was standing on the corner about 1:57 p.m. in the 10400 block of South Union Avenue when someone in a black vehicle fired shots in his direction, police said.

The man was struck in the leg but was able to take himself to Roseland Hospital where his condition was stabilized, police said. 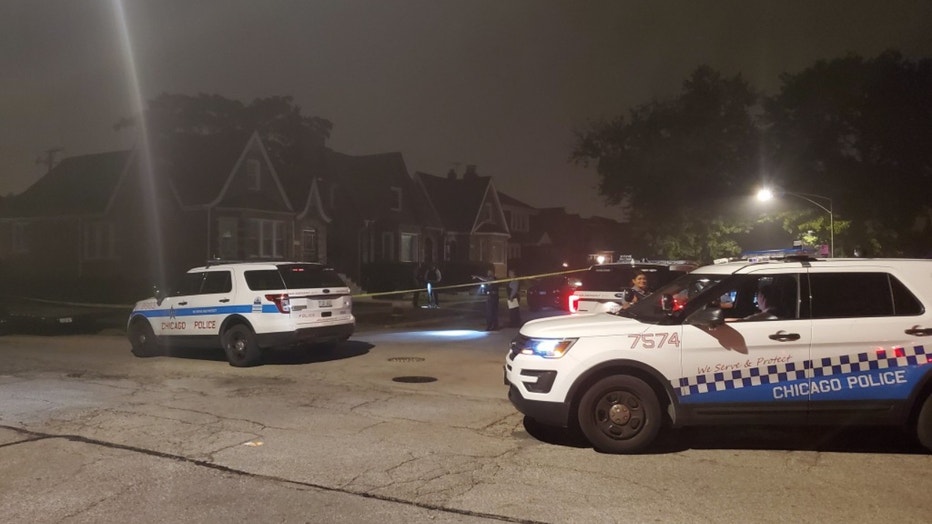 Chicago police investigate the scene where a man was shot Sept. 17, 2019, in Brainerd on the South Side | Tyler LaRiviere/Sun-Times

In the day’s first reported shooting, a 28-year-old man was injured in Brainerd on the South Side.

The man was standing on a corner about 12:25 a.m. in the 9000 block of South Aberdeen Street when someone inside a passing black sedan opened fire on him, police said.

He was shot in the abdomen as he ran from the scene, police said. He was taken to Christ Medical Center in Oak Lawn in serious condition.

Tuesday’s shootings come after a Monday in which two people were killed and five others were wounded in shootings across the city.