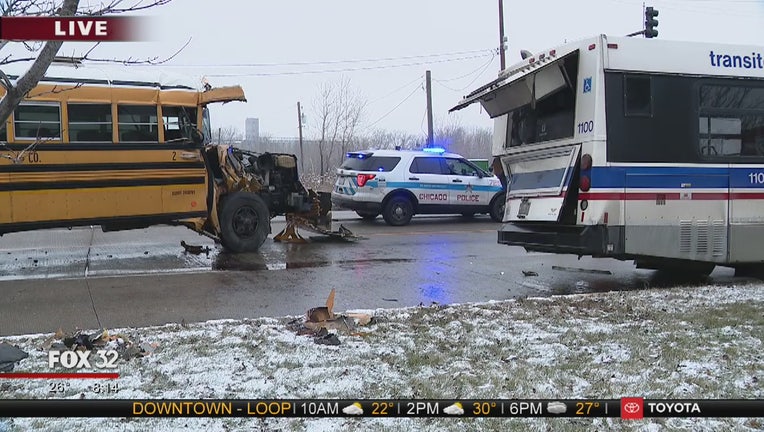 CHICAGO - Seven people were injured Monday morning when a school bus crashed into a CTA bus on the Far South Side.

A high school bus with 15 students on board was traveling in the 11800 block of South Avenue O about 7:10 a.m. when it hit the patch of ice and rear-ended the CTA bus, according to Chicago fire and police officials.

The CTA bus was pushed forward and hit another vehicle, police said.

Two people on the school bus were taken to Trinity Hospital, where their conditions were stabilized, police said.

From the CTA bus, three children and two adults were taken to hospitals, where their conditions were also stabilized, police said.

No one in the third vehicle was injured.