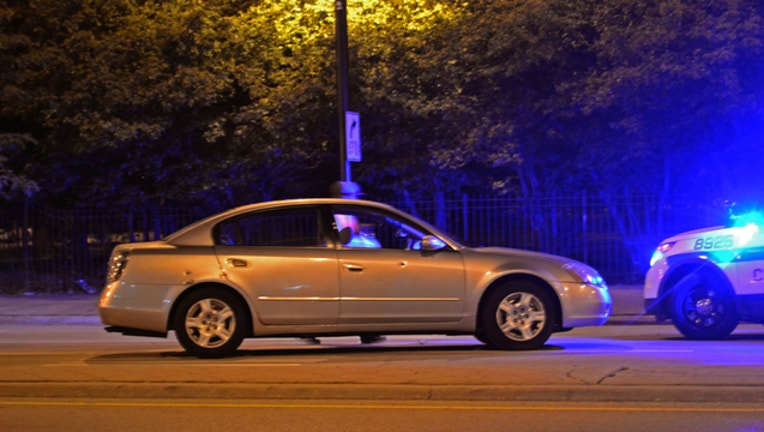 Police investigate a shooting that left an infant and teen wounded Wednesday, September 19, 2018 in the 100 block of West Cermak Rd. in Chicago. | Justin Jackson/ Sun-Times

CHICAGO (SUN TIMES MEDIA WIRE) - Nine people were wounded, including a 6-month-old boy, between about 12:30 p.m. and 9 p.m. Wednesday in shootings across Chicago.

The most recent shooting happened in the University Village neighborhood on the Near West Side.

A 36-year-old man was walking on the sidewalk when he heard shots and felt pain about 11 p.m. in the 1300 block of South Ashland, according to Chicago police.

He was shot in his back and was taken to Stroger Hospital where his condition was stabilized, police said.

About 9:30 p.m., a man was wounded in the Englewood neighborhood on the South Side.

The 32-year-old was standing on a sidewalk when he heard shots and felt pain about 9:30 p.m. in the 6400 block of South Aberdeen, according to police.

He was shot in his back and was taken to Stroger Hospital where his condition was stabilized, police said.

At 9:07 p.m., a shooting in the South Loop left four people wounded, including a six-month-old baby boy and a 13-year-old girl.

The four were driving through the intersection of West Cermak Road and South State Street when a male wearing a ski mask jumped out of a blue van or SVU and began firing at their vehicle, police said.

The baby was struck twice in the abdomen and the girl was shot in her shoulder, police said. The two children were taken to Lurie Children’s Hospital, where their conditions were critical but they had been stabilized, authorities said.

A 37-year-old woman was shot in the knee and taken to Northwestern Memorial Hospital in serious condition. Her condition had also been stabilized, police said. A 27-year-old man inside the car suffered a graze wound to the arm and refused treatment on the scene. The fifth passenger, a 15-year-old girl, was not hit by any bullets, police said.

Officials initially said the baby boy was a 16-month-old girl and the woman was 30 years old.

The shooter was last seen getting back inside the van or SUV and possibly driving south on State Street, police said.

A few minutes earlier, a man was shot while walking down a sidewalk in the Logan Square neighborhood on the Northwest Side.

About 9 p.m., the 19-year-old was shot in his back in the 1800 block of North Monticello, according to police.

He was taken to Mount Sinai Hospital, where his condition was stabilized, police said.

About 6:50 p.m., a man was seriously wounded by gunfire in the Austin neighborhood on the West Side.

The 37-year-old was shot in the right chest while inside a building in the 5500 block of West Huron, according to police.

He walked into West Suburban Hospital in Oak Park, where he was in serious condition, police said.

The first shooting of the day took place in the Lawndale neighborhood on the West Side.

He was taken to Mount Sinai Hospital in good condition, police said.

On Tuesday, one person was killed and seven others were wounded in shootings across the city.