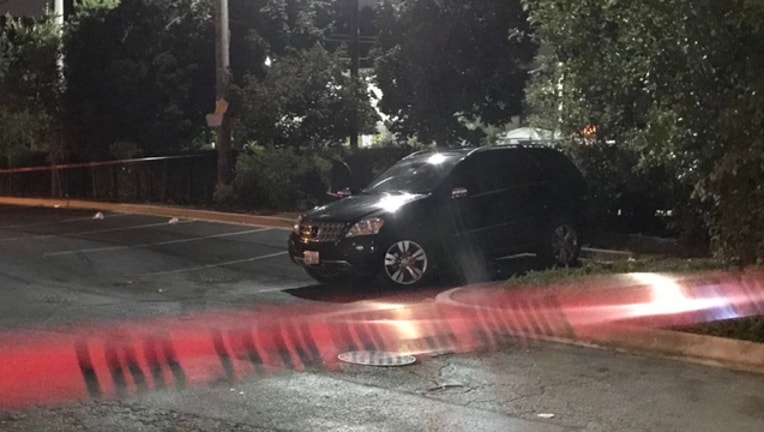 About 11 p.m., a 30-year-old man was shot as he was lying in some grass in Douglas Park in the Lawndale neighborhood on the Southwest Side.

Police said he heard gunfire and realized he’d been shot in the shin. He left the scene of the shooting in the 1400 block of South Sacramento Drive and walked into the nearby Mount Sinai Hospital, police said. His condition had stabilized.

Over an hour earlier, a person of interest was being questioned by police after a woman was shot in the lip and neck Thursday evening in a drive-by shooting in the Gresham neighborhood on the South Side.

The 43-year-old was riding in the passenger seat of a vehicle in the 8400 block of South Green when she was shot by someone in a passing vehicle, according to Chicago police.

She was driven several blocks north to a parking lot near the 6th District Gresham police station at 79th and Halsted streets, according to a police source at the scene. She walked toward the station and was met by police, who arranged an ambulance to take her to the University of Chicago Medical Center.

Her condition had stabilized, police said.

Shortly after the shooting, officers taped off a vehicle in the CVS parking lot adjacent to the station. The vehicle had a bullet hole in its windshield.

A man was shot Thursday night while walking in the Little Village neighborhood on the West Side.

At about the same time, the 30-year-old was shot by someone driving past him in a black sports-utility vehicle in the 3900 block of West 25th Street, according to police. The bullet struck his left arm.

Several hours earlier, two men were wounded — one critically — while walking down an alley Thursday afternoon in the Englewood neighborhood on the South Side.

The 33-year-old was taken in critical condition to University of Chicago Medical Center, police said. The other man was in serious condition and brought himself to St. Bernard Hospital, where his condition was stabilized.

Before dawn Thursday, four shootings wounded as many people in a two-hour window after midnight: