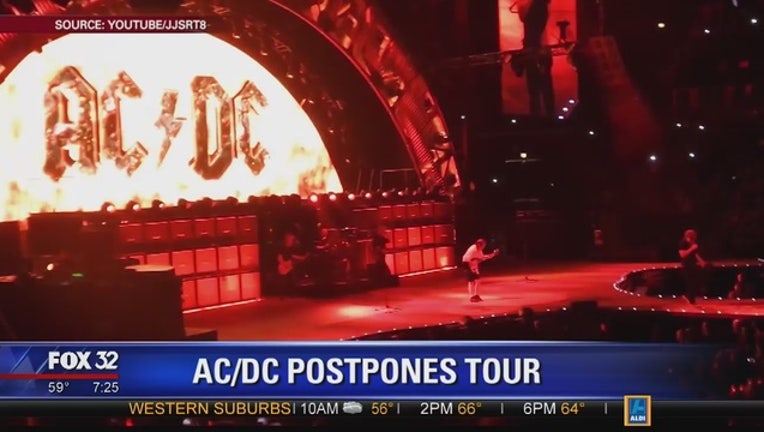 The band says in a statement that doctors have advised the "Back in Black" singer to stop touring immediately or risk total hearing loss.

The group's shows beginning Thursday in Atlanta through April 4 in New York are being rescheduled for later in the year — likely with a guest vocalist.

AC/DC opened the most recent U.S. leg of its "Rock or Bust" tour Feb. 2 in Tacoma, Washington.

The band is scheduled to begin a European leg May 7 in Lisbon, Portugal.