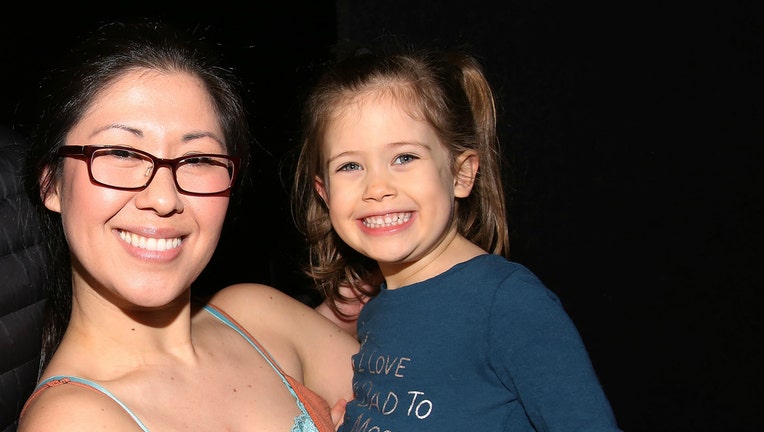 Ruthie Ann Miles with her daughter during the Actors' Equity opening night Gypsy Robe Ceremony honoring Mary Ann Hu for ''Sunday in the Park with George' at the Hudson Theatre on February 23, 2017 in New York City.

The Tony-winner shared on Twitter Saturday that she is due this spring.

In 2018, Miles and her 4-year-old daughter Abigail were struck by a vehicle on a New York street that killed Abigail and a friend's 1-year-old son. Miles was pregnant at the time of the crash and lost her unborn daughter, who she planned to name Sophia, two months later.

In her Twitter message announcing the pregnancy, Miles thanked those who supported her and her husband Jonathan Blumenstein after the crash and let them grieve for the past two years.

"We know Abigail Joy and Sophia would have loved being big sisters and are loving watching their family grow," Miles wrote.