LAKELAND, Fla. - For nearly 30 years, Sam Reck was by his wife JoAnn's side. Even when she moved into a skilled nursing facility for her dementia, he lived just one building over from her.

"They spent every day with each other," JoAnn's son, Scott Hooper said. "Sam would go to her room each morning and would stay with her all day. Each night he would kiss her goodnight."

But when the pandemic started, that all changed. 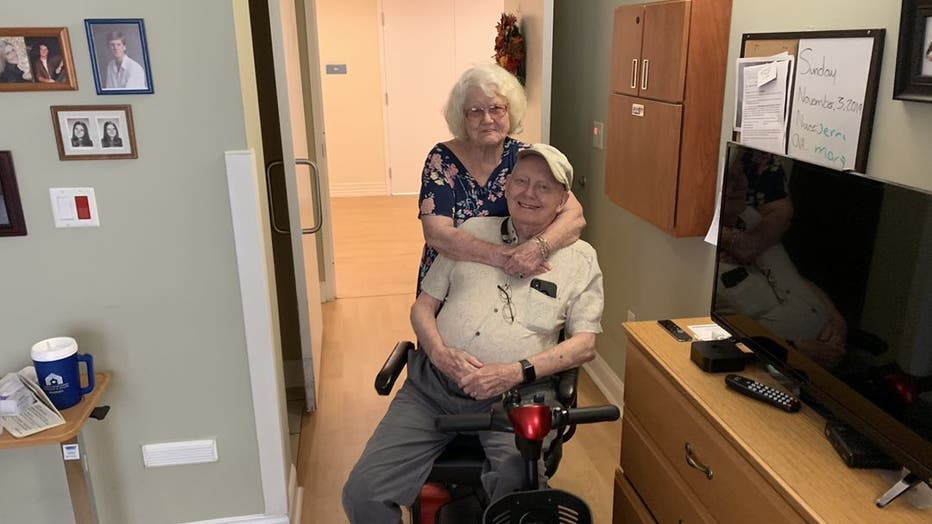 For the first time in three decades, the couple was separated after Florida banned visitors at nursing homes.

"This was devastating for her," Hooper told FOX 13. "Her dementia spiraled out of control. She had good and bad days or good and bad weeks."

Often times, JoAnn, 86, would wake up not knowing where she was, Hooper said.

Related: 'Isolation can kill': Florida woman gets job washing dishes at nursing home to be close to husband

The family installed a device in her room that would allow her to speak with Sam over video chat.

"It helped but she had this thing about packing things up to go home, and that included Alexa," Hooper explained. "Doesn't work very well unplugged." 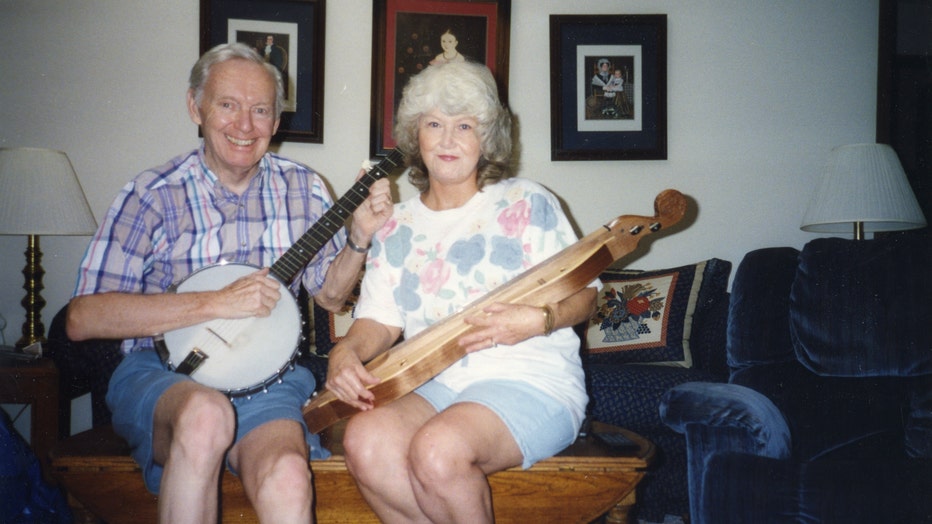 He then decided to have family members record videos for her, in what he described as a kind of "50 First Dates" video to help her remember what was going on with the pandemic.

"I had hoped when my mom was having problems, they could play it for her. That worked very well," Hooper said.

But last Wednesday, JoAnn began feeling ill and developed a fever and a cough. By the time she was brought to Lakeland Regional, her temperature had spiked to 102 degrees. A test confirmed she was positive for COVID-19.

Her condition continued to deteriorate, but Hooper said his mom had a "do not resuscitate" order in her living will that included respirators. The family made the difficult decision to honor her wishes and chose palliative care. 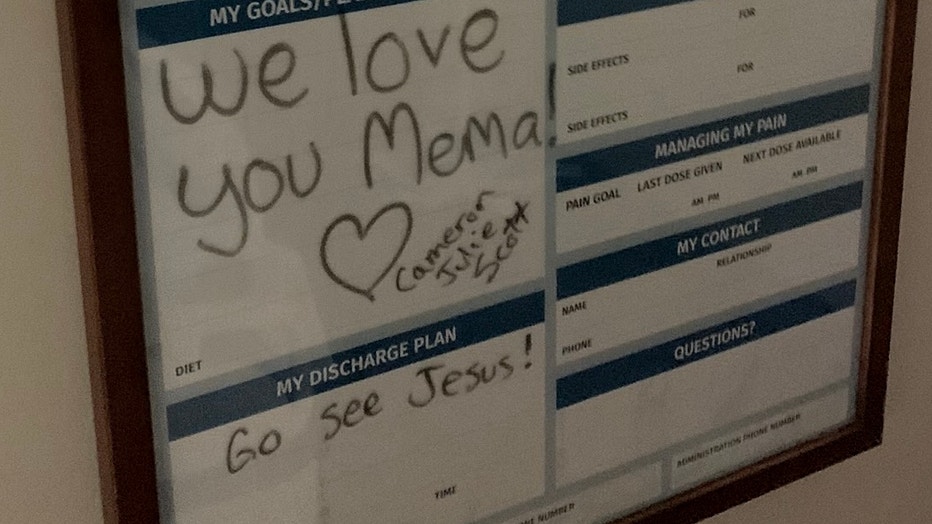 Though visitors are generally still prohibited from hospitals, exceptions are made for end-of-life matters. The family was invited to be with her, provided they covered themselves in personal protective equipment (PPE).

"I told Sam, as a 90-year-old man he should not go into my mom's room," Hooper recalled. "At first he agreed but later said he had to go, whatever the results."

Hooper shared an emotional video of the couple's reunion at her bedside on Saturday evening, as Sam -- covered head to toe in PPE -- took his wife's hand. 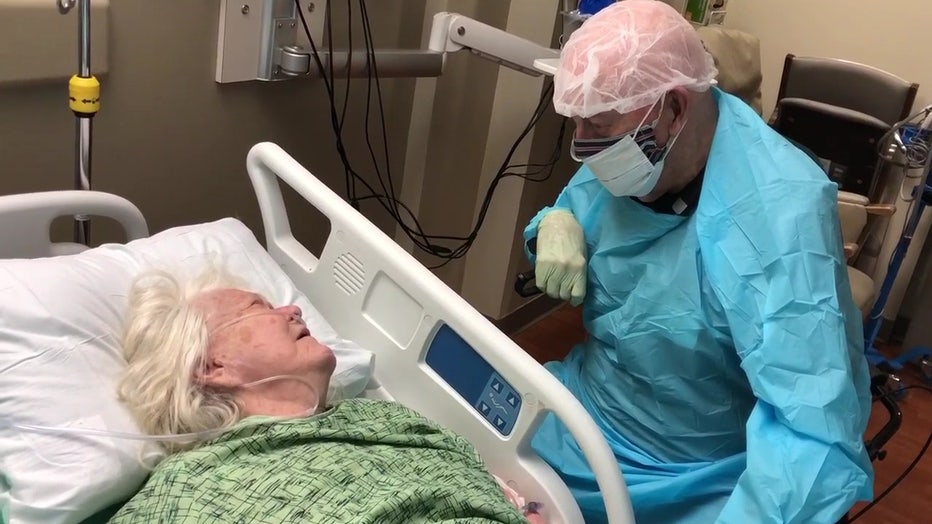 "Hi honey, hi darling," Sam said to her. "You don't recognize me with all this junk on my face, but it is Sam. I love you, sweetheart, I love you so much... I'm finally getting to hold your hand after all these months."

Her son said everyone in the room was crying while watching the couple together.

JoAnn passed away the next day.

"What has grabbed everyone's attention is the loving story between my mom and my stepfather," Hooper said. "But I would love for people to understand the struggles people with dementia are going through during COVID. It's a situation worse than death."

He said he wanted to share his mom's story in an effort to show how the lockdown affects those suffering from dementia.