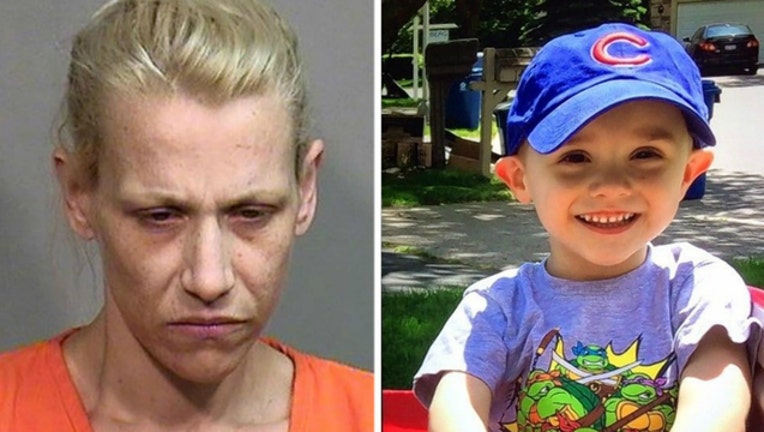 CHICAGO (Fox 32 News) - The Crystal Lake mother accused of murdering her own son has given birth to a baby girl while in jail, according to a report.

The Northwest Herald reports JoAnn Cunningham had the baby on May 31.

Cunningham is accused of murdering 5-year-old AJ Freund. The boy's father was also charged and led investigators to the child's body, which was found wrapped in plastic and buried in a shallow grave.

The Northwest Herald reports the judge is ordering two men to submit to paternity tests to see who is the father of the baby girl.

The newborn is currently in DCFS custody.