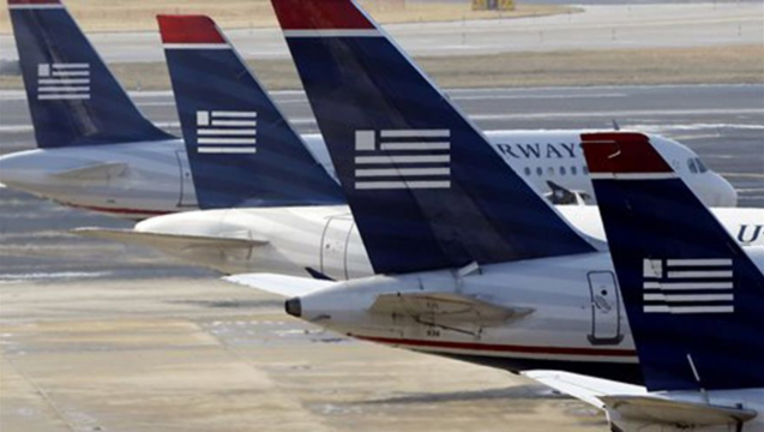 DALLAS (AP) - The evolution of a caste system in the economy cabin of jetliners is deepening, with passengers divided and treated differently based on how much they are willing to pay the airline.

American Airlines announced Wednesday that passengers will be able to buy "basic economy" tickets starting next month that will be similar to bare-bones fares already offered by Delta Air Lines and soon to be matched by United Airlines.

If you want to get the cheapest fare on American or United, you will have to leave that rolling carry-on bag at home. Passengers who pay basic-economy rates on those carriers will be limited to one item that fits under their seat - no wheeled bags that take up space in the overhead bins.

American didn't describe prices for its version of basic economy, which will begin at 10 U.S. airports and later be expanded nationwide and to close international destinations such as the Caribbean.

On randomly chosen flights next month on Delta, the basic-economy price ranged from $7 to $25 cheaper than a regular economy ticket. Rick Seaney, CEO of FareCompare.com, said savings can be even higher because Delta tends to try to match prices for Spirit Airlines and Frontier Airlines. But, he said, Delta limits the number of basic-economy seats much the same way that it limits seats available for customers paying with frequent-flier miles.

The idea behind the stripped-down ticket is to better compete with discount airlines for travelers on a tight budget. Spirit and Frontier go after those customers with cheap fares, then tack on fees for extras including use of the overhead bins.

Delta offers basic economy on about 40 percent of its U.S. routes and plans to cover them all by year-end and expand it to international flights. United officials said Wednesday that they will begin selling a similar ticket by the end of March at one airport, Minneapolis, for travel starting in late spring or early summer, then expand to the rest of the U.S.

If you buy a basic-economy fare on American, you can expect this:

- No seat assignment when a ticket is purchased.

- No upgrades or changes allowed.

- You will be in the last group to board the plane unless you're already a high-level member of American's loyalty program or hold an American-branded credit card.

- Just a single carry-on item that fits under the seat. Basic-economy customers who bring a big rolling bag to the gate for an American or United flight will get hit with a $25 checked-bag fee and a separate $25 handling charge.

The big airlines hope that cut-rate fares will win back some of the passengers they are now losing to fast-growing discount carriers. They also aim to try to convince customers to buy more expensive tickets with more flexibility and amenities. Delta says that about half the customers who intend to buy basic economy decide, when presented with options, to trade up.

Basic economy is also part of a strategy to boost revenue by slicing and dicing the cabin into several types of seats, a trend called segmentation.

On some international flights, Delta sells "premium economy" seats that have more room and a special menu. They cost more than regular economy but much less than business-class. American plans a similar offering this year.

Delta's president, Glen Hauenstein, said recently that such segmentation is in the early stages now but will "deliver significant shareholder value over the next three to five years."