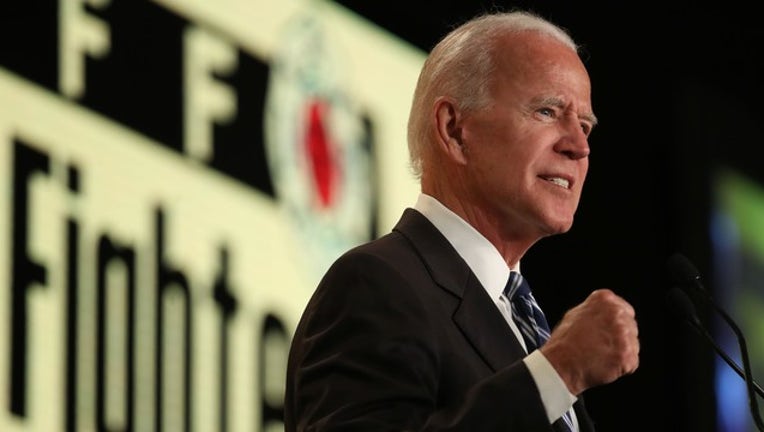 WASHINGTON (AP) - Former Vice President Joe Biden will launch his 2020 presidential campaign on Thursday, according to a person familiar with his plans.

The 76-year-old Democrat is scheduled to face voters in Pittsburgh on Monday, the person said, speaking on the condition of anonymity to disclose private conversations.

Biden's decision answers the final major question of the early 2020 Democratic primary season, which now features more than 20 candidates. Given his high profile in U.S. politics, he will enter the race as a front-runner.

The largest firefighters union is preparing to formally endorse Biden this week, with group leaders saying they will be "investing" heavily in the former vice president's anticipated bid.

The board of the International Association of Fire Fighters will meet this week to vote on the endorsement. They plan to announce it publicly early next week, if Biden jumps in the race as planned.

IAFF represents 316,000 full-time firefighters across the U.S. Harold A. Schaitberger, the union's general president, said the group will help Biden raise money. It will also launch an outside group that is expected to be able to raise and spend unlimited sums supporting his candidacy.

"I always remind everyone that we are everywhere there is a blinking light or traffic light," Schaitberger said. "We have infrastructure and capability, whether it's in the neighborhoods, or whether it's working to develop caucus attendees in Iowa. Our union is very strongly resourced and we will be investing."

Biden is expected to travel to Pittsburgh on Monday to attend an event at a union hall, according to two people who requested anonymity to discuss scheduling.

The former vice president is the last major contender who is expected to enter the crowded Democratic primary. The 76-year-old would be the most experienced politician in the race, and the second-oldest, after 77-year-old Bernie Sanders. Already, supportive donors have been trying to raise money on his behalf.

One of the most recognizable names in politics, Biden served for two terms as Barack Obama's vice president after nearly four decades as a senator from Delaware. His high-profile, working-class background and connection to the Obama years would help him enter the race as a front-runner, though he faces questions about his age and whether his more moderate record fits with a party that has become more liberal.

Biden spoke at an IAFF gathering in Washington last month. At the time Schaitberger said the union would be "all in" for Biden if he runs. He also acknowledged that many rank-and-file members supported President Donald Trump in 2016.

Biden, Schaitberger argued, is better positioned to win in the Midwest, which flocked to Trump, than other Democrats in the primary.