NEW YORK (AP) — Apple is updating its iPod Touch music player for the first time in nearly three years, as the company seeks to make music a central part of its devices once again.

The new Touch has a faster processor and better cameras. It also has a software update that enables Apple Music, a $10-a-month service that offers unlimited playback of millions of songs. Apple Music launched June 30 as music fans increasingly embrace subscriptions over pay-per-song services such as Apple's industry-leading iTunes.

The move comes as iPod's popularity has waned.

The iPod was Apple's first successful foray beyond personal computers, and it paved the way for Apple to release the iPhone six years later, in 2007. Although music players existed before, the iPod was the first to simplify syncing with digital music collections on personal computers.

In recent years, though, many people use smartphones instead to listen to music. The last time Apple gave figures for iPod sales, for the July-September quarter last year, Apple sold 2.6 million iPods, a 24 percent decline from the previous year and a fraction of the 39 million iPhones sold that quarter. As demand has slowed, so has Apple's updates to the iPod: Apple no longer updates its iPods annually like it usually does with its top sellers.

But the latest move shows Apple isn't giving up on the iPod. The Touch is essentially an iPhone without cellular capabilities, as it runs the same iOS operating system and most of the same apps. It extends Apple Music and iPhone apps to teens and other younger customers who might not need cellphones or cannot afford cellular service.

Beyond music, the iPod Touch might get new customers hooked on Apple's apps, video and other content — such that they'll turn to an iPhone, iPad or Mac when they are ready to buy a device that does more.

Prices start at $199, the same as an iPhone 6 with a two-year service contract, but the iPod Touch requires no monthly service fees for voice, text and data. Calling is possible through FaceTime video conferencing over Wi-Fi.

— The rear camera can take sharper pictures, at 8 megapixels. That matches recent iPhones and exceeds the 5 megapixels in the previous Touch. The front and rear cameras can now take 10 shots per second and slow-motion video at 120 frames per second.

The new Touch won't have all of the iPhone's sensors. There's no barometer to measure steps climbed and no fingerprint ID to unlock the device. There's also no Apple Pay, the technology for making payments at retail stores. The screen remains at 4 inches, as measured diagonally, even though iPhones have gotten bigger at 4.7 and 5.5 inches.

The Touch ships with iOS 8.4, which includes a new app for Apple Music. Although people can still buy songs individually through iTunes, the subscription offers most of Apple's music library at a set price. Users lose access, though, once they cancel. Owners of older Touch models can manually upgrade the operating system for Apple Music.

The color choices are silver, gray and gold, matching Apple's other products, plus pink, blue and red. Apple is introducing a new model with 128 gigabytes for $399. The base model has 16 gigabytes, enough for thousands of songs, though the iPod Touch is meant to hold photos, video and apps, too.

The $49 iPod Shuffle and the $149 Nano are getting the same colors, but what's inside isn't changing. Neither model can run Apple Music or the various iPhone apps. 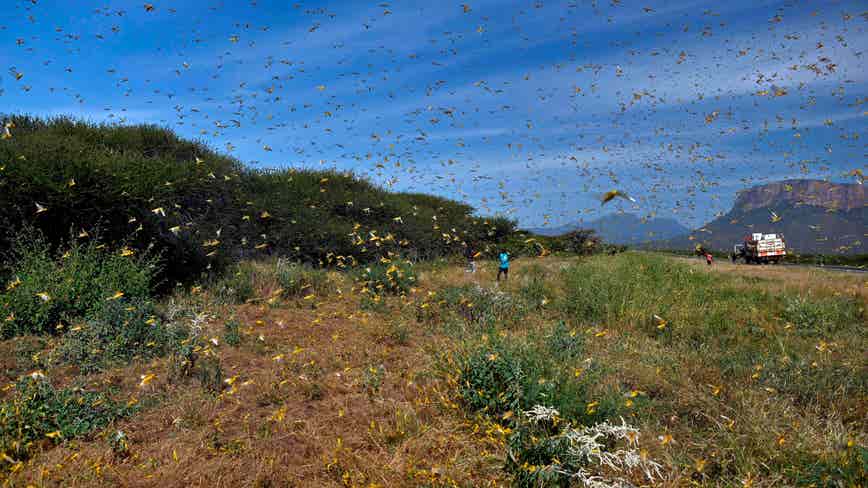