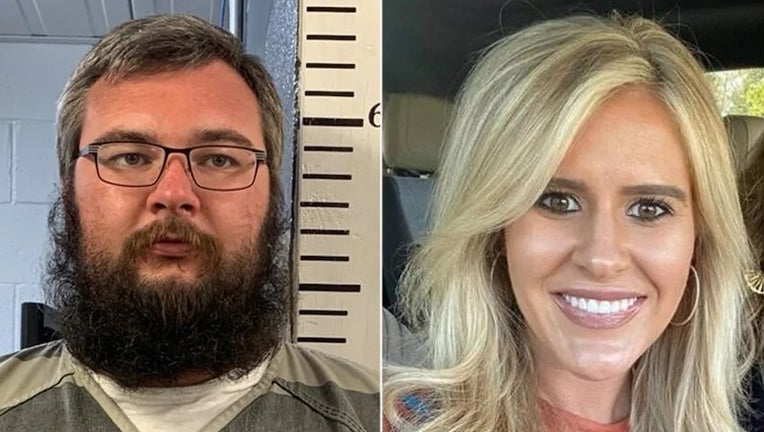 The Arkansas farmer who confessed to killing and raping a local jogger has been deemed mentally fit for trial as chilling details reveal how he "just tried to forget about" what had happened in the hours after her death, according to recently released documents.

Licensed forensic psychologist Lacey Willett ruled that Quake Lewellyn, a 28-year-old Jonesboro man, is mentally fit to stand trial in connection with the August death of 25-year-old nurse Sydney Sutherland, according to an official evaluation released Friday and published by local affiliate FOX 16.

Willett ruled that Lewellyn "did not lack the capacity to appreciate the criminality of his conduct," and said he had no known mental health history.

Lewellyn was charged with capital murder, kidnapping, rape and abuse of a corpse, the forensic report states.

Sutherland was reported missing at approximately 7 p.m. on Aug. 19 with the Jackson County Sheriff’s Office, according to the report. She had last been seen jogging near the Newport area, which is about 80 miles northeast of Little Rock, according to reports at the time.

Her iPhone was discovered the next day in a field along Jackson County Road 41 South, roughly 1.3 miles from her home. Investigators searched Lewellyn’s cellphone, with consent, and used the device’s geographical location from around the time Sutherland went missing, which led them to her body on Aug. 21, the medical report states.

Lewellyn admitted to police he struck Sutherland with his pickup truck, according to the report.

He allegedly told the medical experts he "was driving to check the wells and the rice fields" when he spotted Sutherland walking along a gravel road. He turned his truck around after driving past her, but could no longer see her, which he attributed to the dust from the gravel road, he reportedly said.

"I felt her hit my truck, so I slowed down," he recalled, according to the report. When he got out of his truck to ask if she was OK, she didn’t respond, he added.

He said he believed she was dead.

"At this point, I was scared and afraid I was gonna be in trouble for running her over," Lewellyn told officials. He then moved her body to his truck’s tailgate "so [he] wouldn’t be in trouble," he told police.

According to the report, Lewellyn said he then drove Sutherland’s body to a rice field where he dug a hole, then took off her clothes "and tried messing with her a bit." His attorneys told him not to elaborate when investigators pressed him.

At around 2 to 3 p.m. that day, Lewellyn allegedly buried Sutherland in the rice field using a shovel he had in his truck.

He picked that location, he allegedly said, because, "That was just where I was and where I was going to begin with."

He "went back to work" until 5 or 6 p.m., he told officials. He then went home, ate dinner and went to sleep, according to the report. He said he didn’t tell anyone and "just tried to forget about it."

He went to work the next day "just like normal," he reportedly continued.

But police were hot on his tail.

After speaking with an officer the next day, he and his adoptive father went to the local police station, at which point he reportedly confessed to the crimes and told police, "It was all just a blur." He was reportedly cooperative throughout the process.

"I knew I didn’t kill her on purpose," he allegedly said. When asked why he chose not to call the police after the crash, he said: "That I don’t know … I was just scared."

Lewellyn was married and lived with his then-wife, her children, and his parents. His wife has since filed for divorce, local KAIT-TV reported.

KATV reported in October that the pair went to the same high school in Tuckerman and had been Facebook friends in the past.