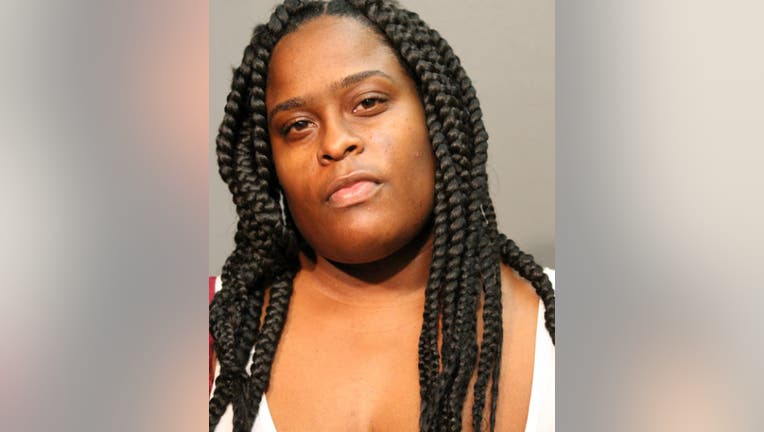 CHICAGO - A northwest suburban woman is facing felony charges in connection with looting earlier this month on the Magnificent Mile.

Micaela Kimbrough, 31, was arrested at 3:02 p.m. Wednesday in the 2400 block of West North Avenue, according to Chicago police.

She was allegedly trying to sell merchandise that was stolen overnight from Aug. 9-10 from a store in the 800 block of North Michigan Avenue, police said.

More than 100 people were arrested that night as hundreds of people looted dozens of high-end shops from the South Loop to Lincoln Park, authorities said.

Kimbrough, who lives in Arlington Heights, is charged with one count each of burglary, looting and theft, police said. She is expected to appear in court for a bail hearing on Friday.