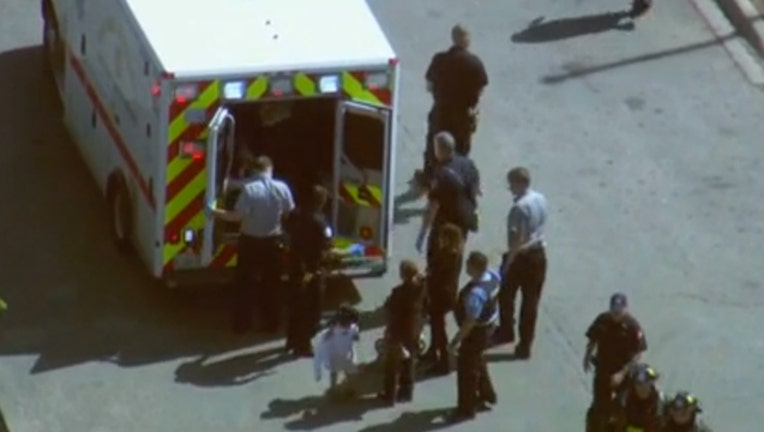 CHICAGO (Sun-Times Media Wire) - At least a dozen people were injured by pepper spray Wednesday at Hanson Park Elementary School on the Northwest Side.

Chicago Fire Department spokesman Larry Merritt said the substance was pepper spray and that it injured one adult and 11 children. They were taken to Community First Medical Center, Norwegian American Hospital and West Suburban Medical Center in Oak Park.

The children were all in good condition, while the adult was in fair-to-serious condition, Merritt said.

Police said 12 children and one adult were taken to hospitals for evaluation.

This is the latest in a series of aerosol discharges that have injured dozens of students at Chicago schools since last month. Fifteen students were hurt by pepper spray last week at Fairfield Elementary Academy in Chicago Lawn.

Six of the incidents have occurred at Morgan Park High School, the most recent of which left 11 students hurt on May 8.