Robert Aaron Long entered a guilty plea in Cherokee County on Tuesday. He and his legal team reached an agreement with the DA to take the death penalty off the table for the four murders he committed in Acworth at the Young Asian Massage Parlor in March. For those four deaths and 23 charges, Long will serve four concurrent life sentences plus 35 years confinement for the crimes he confessed to in court.

Standing in handcuffs in front of a Cherokee County judge, Robert Long said that he accepted a plea deal with prosecutors that would declare him guilty.

The man accused of murdering eight people including six Asian women at massage parlors in metro Atlanta has pleaded guilty to charges of murder, aggravated assault, and more in a Cherokee County court Tuesday morning. Standing in handcuffs in front of a Cherokee County judge, Robert Long said that he accepted a plea deal with prosecutors that would declare him guilty

"We said from the beginning that we would work to bring justice for these victims, and we have," Cherokee County District Attorney Shannon Wallace said. "Today, through effective collaboration of law enforcement, prosecution, and the judicial system, we have brought some closure for these families while ensuring a swift and firm sentence that confines this defendant to a life behind bars. It is our hope that the legal outcome obtained today will bring some measure of peace and healing to all those affected by this tragedy."

Long was charged with four counts of malice murder, felony murder, and 11 counts of aggravated assault. He also faces criminal attempt to commit murder, aggravated battery, possession of a firearm during the commission of a felony, and first-degree criminal damage to property.

While in the courtroom in front of survivors of the shooting, Long pleaded guilty to all 23 charges.

According to prosecutors, Long admitted to investigators that he was drunk and said he was planning to go to the massage parlor due to a sex addiction before shooting himself.

"My hope is that I would hate myself enough at that point and possess enough self-loathing to end my life," Long told the court. "I was scared of killing myself. I wanted to try to overcome that so I could. So, I went up to the liquor store."

Long said after he got drunk in front of the massage parlor, he got a train of thought to hurt the people inside.

"What was running through my mind is if I want to stop the places and basically punish the people that I was going to see to get sexual gratification," he said. "I don't know if ‘punishment’ was the right word. It was in essence blame-shifting of my acting onto them." 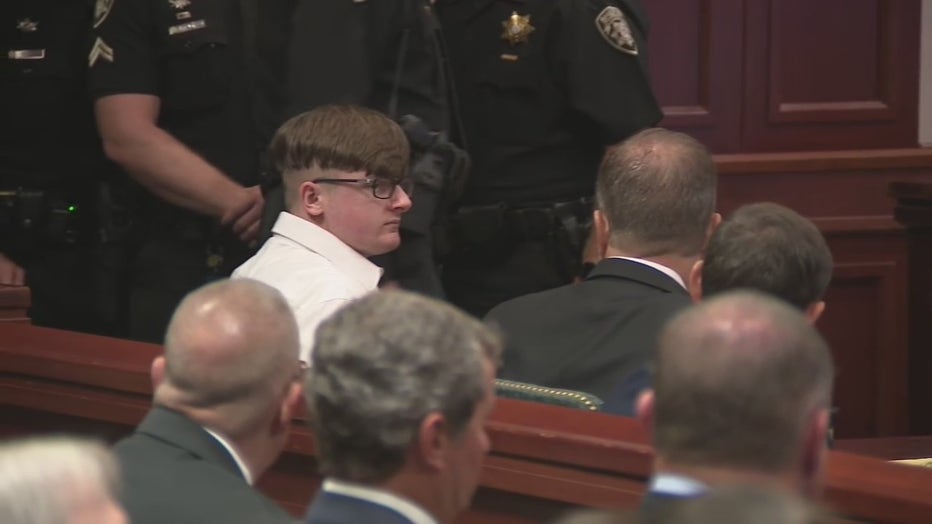 "I don't recall thinking much after I pulled the trigger," Long said.

"We all want justice for our loved ones who are no longer here to defend themselves against the defendant nor were they given the chance to," a family member told the court reading a victim statement before sentencing.

State prosecutors say that they planned to push for the death penalty if the case had gone to trial, but after negotiations, they decided to recommend that the court sentence him to life without parole for the four counts of malice murder along with multiple years in prisons that would be done consecutively to his life sentence. That decision came after speaking with multiple victims and getting their approval in order to have "swift justice."

While the shooting led to calls for stronger laws against hate crimes involving Asian-American victims, prosecutors say they found no evidence that the crime was not motivated by bias or prejudice against Asians and that the state would not be able to prove that the shooting was motivated by hate. However, officials say if the case had gone to trial, the state would have pushed for looking at the case as prejudiced against women. 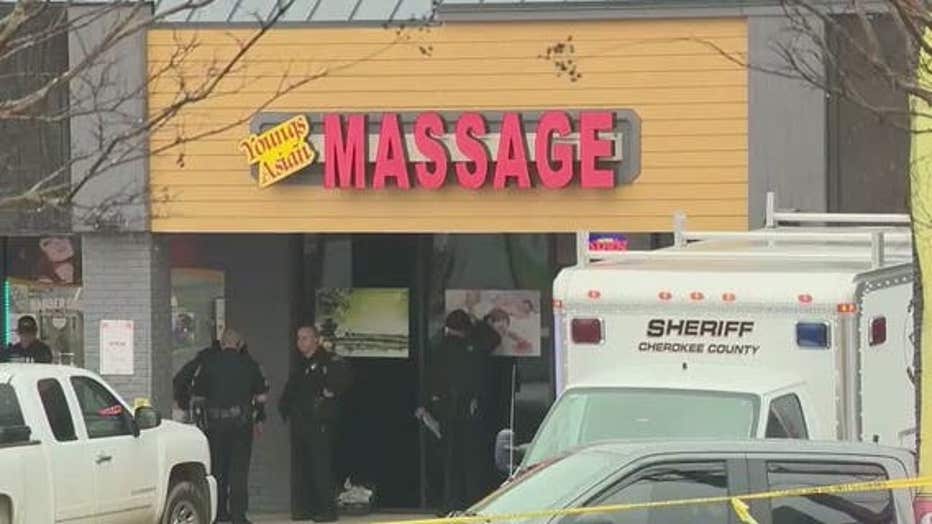 Along with the plea deal in Cherokee County, Long still faces a death penalty case in Fulton County for shootings at the Gold Spa and Aromatherapy Spa that killed 69-year-old Suncha Kim, 74-year-old Soon Chung Park, 51-year-old Hyun Jung Grant, and 63-year-old Yong Ae Yue, 63. All of the Atlanta victims were women of Asian descent. 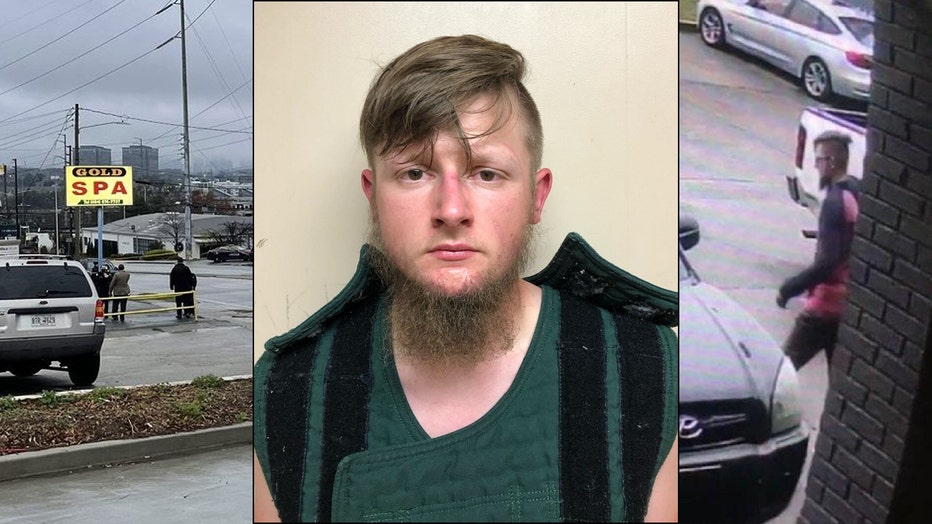 In an initial interview with investigators, Long said he apparently lashed out at businesses he viewed as a temptation over his alleged "sex addiction." But those statements spurred outrage and widespread skepticism given the locations and that six of the eight victims were women of Asian descent. Willis said the community has no tolerance for an alleged hate crime like this.

Willis said she is comfortable with her death penalty decision and believes it does not have to be an uphill battle. The new DA  said death penalty cases like this will take 24 to 36 months. 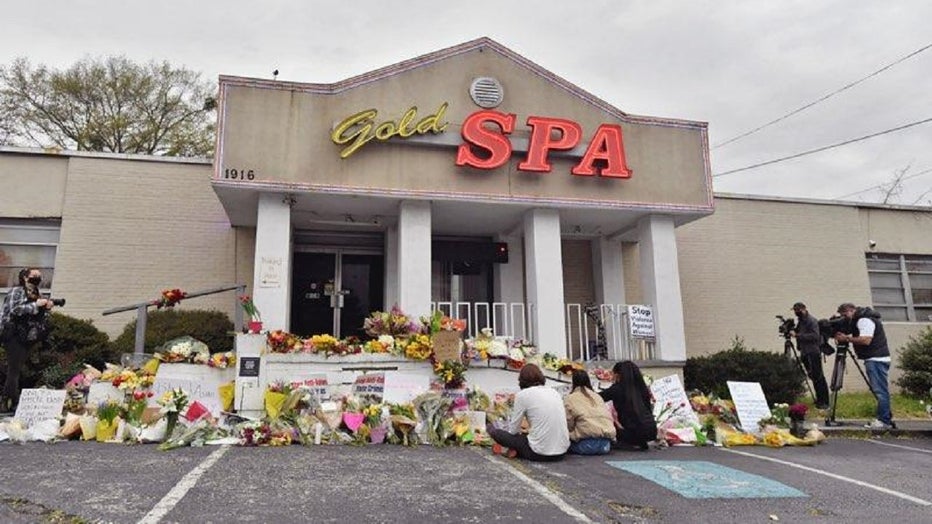 A makeshift memorial outside the Gold Spa in Atlanta days after a deadly shooting rampage on March 16, 2021. (Austin McAfee / FOX 5)