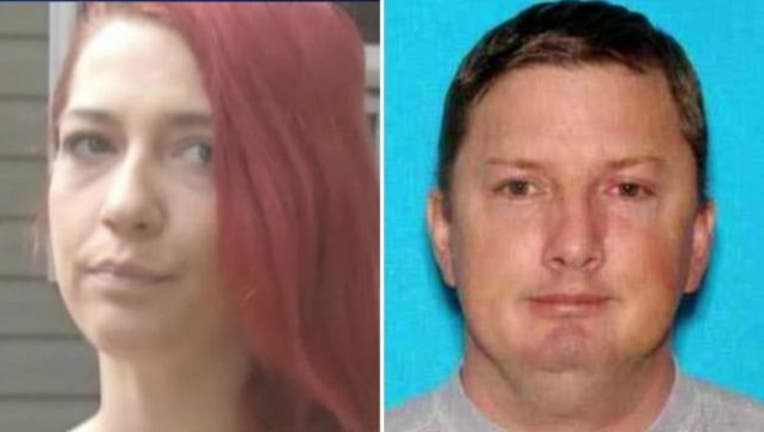 FOX News -- Suspected serial killer Neal Falls' body count may have matched the number of weapons in his arsenal.

Police around the country are working Monday to determine whether Falls -- who was shot and killed by a West Virginia escort as he tried to strangle her -- is linked to the unsolved murders of prostitutes in at least three other states.

On July 18, Falls, a 45-year-old drifter, knocked on the door of a Charleston, W.V. prostitute who advertised her services on Backpage.com.

When the woman -- identified as "Heather" -- opened the door, Falls asked her only one question: "Live or die?"

The woman said she lunged for a rake to fight him off as he grabbed her throat from behind. Falls placed his handgun down during the struggle, said the woman, who grabbed for it and fired one shot, killing him.

When authorities later inspected his car, they found an arsenal of items that aroused suspicions he could be responsible for the killings of sex workers in Nevada, Illinois and Ohio. A machete, knives, axes, a shovel, a sledgehammer, bleach, plastic trash bags, bulletproof vests and four sets of handcuffs were found inside the Subaru Forester Falls was driving.

In the southern Ohio city of Chillicothe, where six prostitutes were murdered in a little over a year's time and two remain missing, police chief Keith Washburn said detectives were en route Monday to West Virginia to investigate the possibility Falls is connected to the killings.

Washburn told FoxNews.com forensic evidence obtained in the Chillicothe investigations will be used to determine whether Falls is linked to the crimes.

"The task force is diligently working this case and we will get a conclusion to it, hopefully sooner rather than later," said Falls.

"These women were someone's daughter, mother, sister," he said. "They did not deserve to die."

Washburn said there is no evidence as of yet to connect Falls to the Chillicothe murders, which may or may not be the work of a serial killer.

In Nevada, meanwhile, authorities are eyeing Falls in a string of prostitute murders in Las Vegas. Falls, originally from Springfield, Ore., reportedly rented a room in the suburb of Henderson from 2000 until 2008 -- during which four sex workers disappeared. The dismembered bodies of three of the four victims were eventually found along highways.

A law enforcement source said authorities believe Falls may have been involved in a number of similar crimes based on items found in his car.

West Virginia authorities released Falls' name and photo last week in the hope that "if there are any other victims of Mr. Falls between here and Oregon that the information may be valuable to law enforcement," chief detective Lt. Steve Cooper of the Charleston Police Department told the Charleston Gazette-Mail.

The FBI is assisting in the multi-state probe, Washburn confirmed to FoxNews.com. Falls' DNA has been entered into a national database to determine whether it matches evidence found in the other crimes.

Falls does not have a known criminal history. Records show he was issued a concealed weapons permit in Indiana. Past addresses for Falls include Oregon, Nevada, Indiana and Kansas.

Falls' former landlord in Eugene, Ore., said he lived at her property in 2010 and was evicted a year later because he was abusing a female puppy he brought to live with him.

"He would hit this three-month-old puppy and that's why I kicked him out," said the woman, who asked not to be identified.

"I couldn’t bear to watch it," she told FoxNews.com. "It really disturbed me."

The woman said she ran a background check on Falls -- which came up clean -- and that he worked the night shift as a security guard at a Hilton hotel in downtown Eugene.

"I stayed there one night for an event and I saw him so I know he worked there," she said.

The woman noted that Falls changed the deadbolt lock on his door as soon as he moved into the residence, telling his landlord he "had a lot of firearms and didn't want them to get into the wrong hands."

"I made him change the lock back," she said, adding that Falls never brought any women home. "He was very tight-lipped and kept to himself."