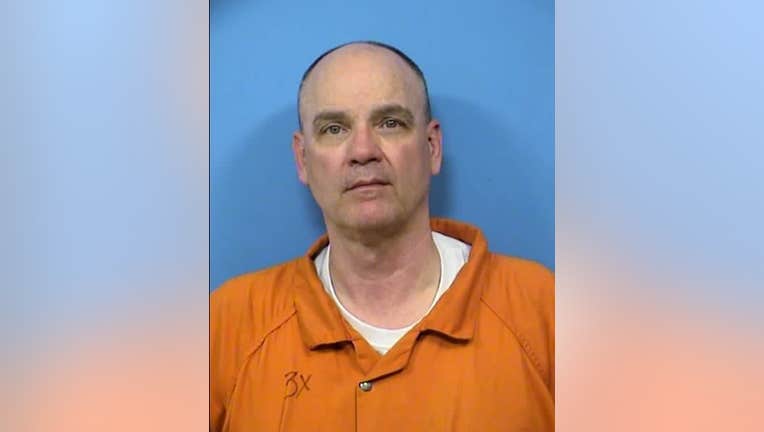 AURORA, Ill. - An Aurora man accused of shooting a neighbor's dog in the head in front of its owners has been ordered held on a $100,000 bond.

John Fazzini, 61, was walking his dog around 9 p.m. on March 10 in the 300 block of Shadybrook Lane when he came across one of his neighbors walking their 8-year-old German Shepherd named Jameson, prosecutors said.

Fazzini's dog began to bark at Jameson and Jameson slipped out of his harness and began to approach the dog and Fazzini, according to the DuPage County State's Attorney's Office.

Jameson allegedly ran circles around the two before moving toward them.

When Jameson was roughly five feet away, Fazzini pulled out a gun and shot him in the head without warning, prosecutors said.

After being shot, Jameson returned to his owner's porch and Fazzini left the scene, according to prosecutors.

Jameson was taken to a local veterinary hospital but is now at home and recovering from his injuries, according to the DuPage County State's Attorney's Office.

"It is alleged that without provocation, Mr. Fazzini pulled out a loaded handgun and shot a family pet just feet away from family members, including a ten-year-old girl," DuPage County State's Attorney Robert Berlin said in statement. "These allegations are simply unconscionable. This type of conduct will not be tolerated and will be met with the full force of the law … We are all thankful that Jamo is currently safe at home and appears to be recovering well from his injuries."

Fazzini was charged with aggravated cruelty to animals, reckless discharge of a firearm and criminal damage to property.

His next court appearance is May 4.