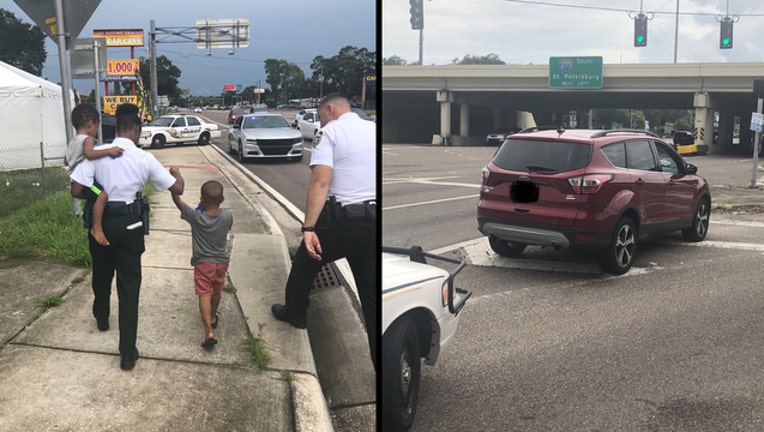 TAMPA, Fla. - Two children were rescued by deputies from a car where two adults were found passed out in the front seats.

The Hillsborough County Sheriff's Office said the vehicle was found around 3 p.m. Sunday on Bearss Ave by the I-275 on-ramp.

Both the driver, 37-year-old Scott Moreno, and passenger, 32-year-old Shikira Ford, were unconscious in the front of the vehicle, according to investigators.

Deputies found the two young children in the back of the Ford SUV.

Both of the unidentified adults had to be revived with Narcan, the sheriff's office said, noting narcotics were found inside the vehicle. Moreno and Ford were transported to a local hospital.

They are each facing child neglect charges.

"Not only did these two people put children at risk, but they jeopardized the lives of countless other drivers on the road Sunday afternoon with their careless decisions," said Sheriff Chad Chronister. "We are very fortunate that this situation did not end with lives lost, and it's largely due to the quick response of our deputies and the assistance of firefighters."