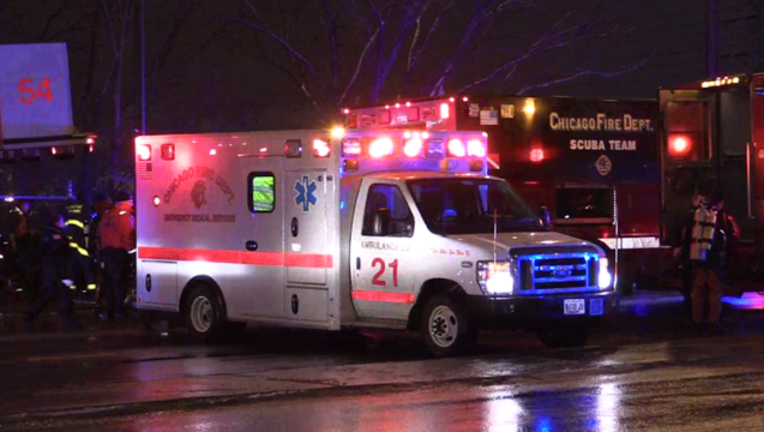 A man died early Saturday after jumping into the Sanitary and Ship Canal on the Southwest Side, officials said. | NVP News

CHICAGO (Sun-Times Media Wire) - An autopsy for a man who died early Saturday after he jumped into the Chicago Sanitary and Ship Canal on the Southwest Side did not immediately rule on the cause and manner of his death.

Three people were traveling in a minivan in the 4600 block of South Cicero about 11:30 p.m. Friday when officers stopped the vehicle after the driver didn’t obey a stop sign, police said.

As officers walked up to the van, its driver sped off north to the 4100 block of South Cicero, where officers saw the three occupants get out and run off, police said.

One of the people from the van, 25-year-old Dimitrius Baldwin, ran down a nearby bridge embankment and jumped into the Chicago Sanitary and Ship Canal, according to police, Fire Media Affairs and the Cook County medical examiner’s office.

Baldwin, who lived in the 14200 block of South Minerva in Dolton, was pulled from the water by Chicago Fire Department divers shortly after midnight Saturday and was taken to Loyola University Medical Center in Maywood, where he was pronounced dead at 12:42 a.m. Saturday, authorities said.

An autopsy Saturday did not immediately rule on the cause or manner of his death pending further studies, according to the medical examiner’s office.

The two other people in the van, both males, were taken into custody early Saturday, police said. They were questioned by detectives and later released without being charged.