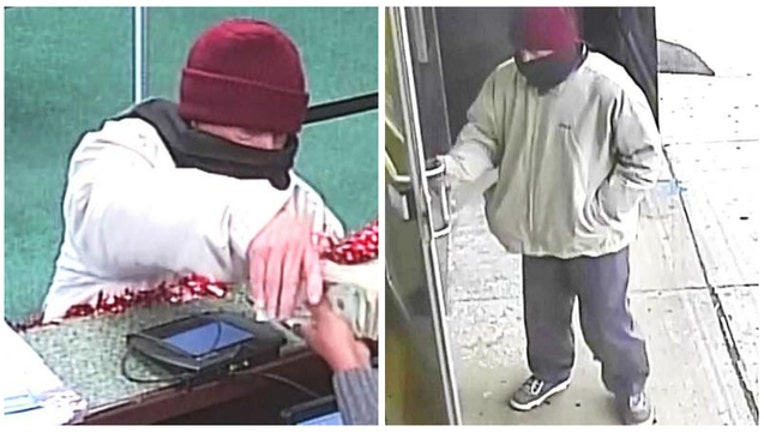 CHICAGO (SUN TIMES MEDIA WIRE) - The FBI is investigating a bank robbery Friday morning in the Lincoln Square neighborhood on the North Side.

The non-takeover robbery happened about 9 a.m. at the U.S. Bank branch at 4725 N. Western Ave., according to FBI spokesman Garrett Croon.

The suspect was described as at 5-foot-9 white man wearing a burgundy scarf and light tan coat, Croon said.