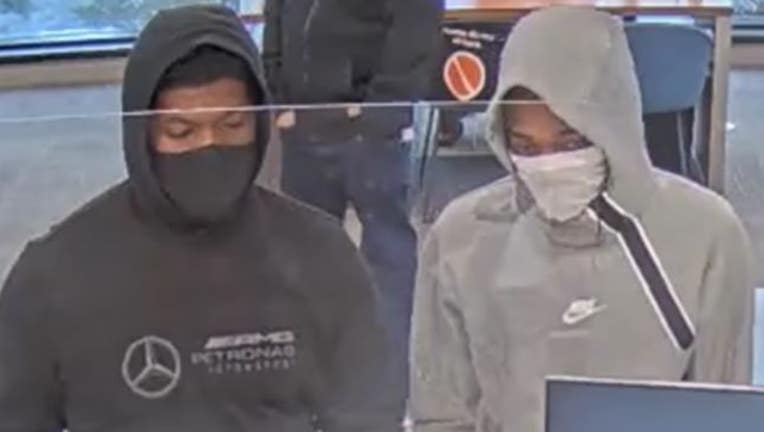 The FBI says this pair is wanted for robbing three Chicago-area banks on Monday. This photo shows them at a Byline Bank branch in Wilmette. | FBI

NAPERVILLE, Ill. - The FBI is seeking a duo that allegedly robbed three Chicago-area banks in as many hours Monday.

They used a green Dodge Charger as a getaway car for robberies in Lombard and Wilmette, and for an attempted robbery in Naperville, according to the FBI. 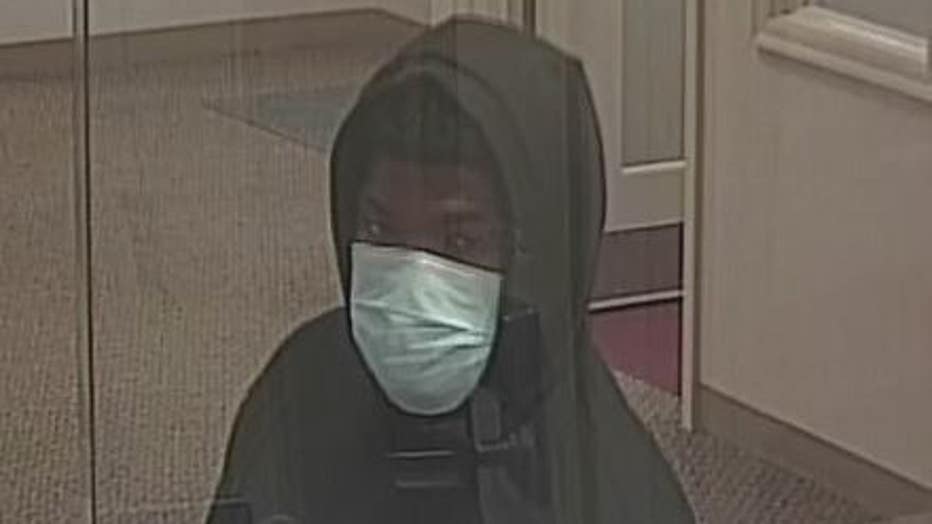 A suspected wanted by the FBI for robbing a Fifth Third Bank in Naperville. | FBI

In Wilmette, the pair allegedly passed a note to a teller and implied they had a weapon, police said Monday.

The pair were unsuccessful in the last robbery and were briefly chased by Naperville police.

A getaway driver was waiting outside the Fifth Third Bank in the Charger, and they all took off north on Naperville Road, Naperville police said in a statement. 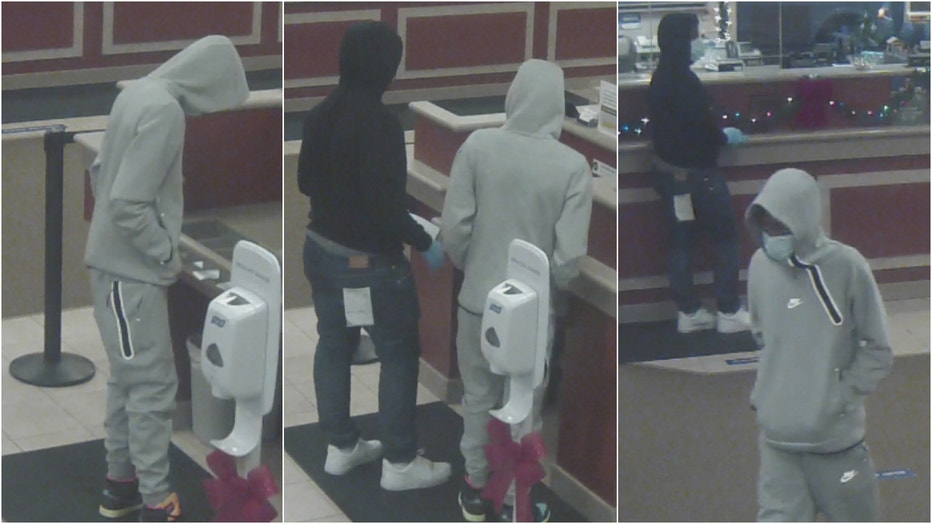 The FBI says this pair is wanted for robbing three Chicago-area banks on Monday. This photo shows them at a Fifth Third Bank in Naperville. | FBI

Officers chased the car east on I-88 but lost sight of the car near I-294, police said.

The FBI is offering a $1,000 reward for information leading to an arrest. 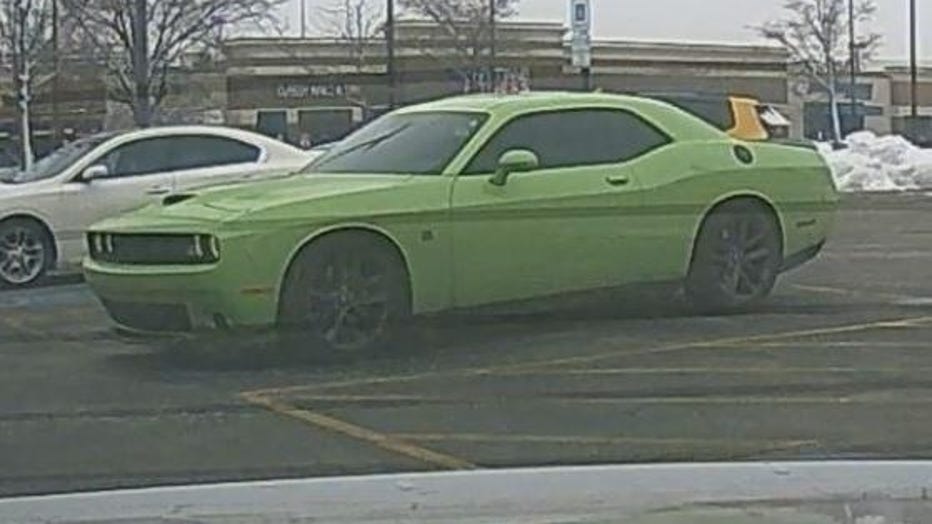 The FBI said the duo used this green Dodge Charger as a getaway car in the Monday robberies. | FBI