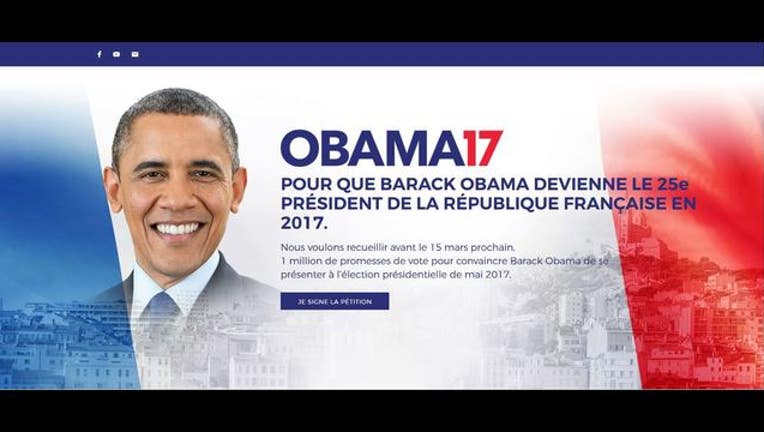 A petition that aims to urge Former President Barack Obama to run for the French Presidency has attracted over 43,000 signatures as of Tuesday.

While the notion of an American running a major European country sounds interesting, the idea is impossible, since Obama is not a French citizen.

Anyone elected to the French Presidency will also become the head of state of another, nearby country. The French President, along with a Roman Catholic bishop in Spain's Catalonia region, both serve as the Prince of Andorra.