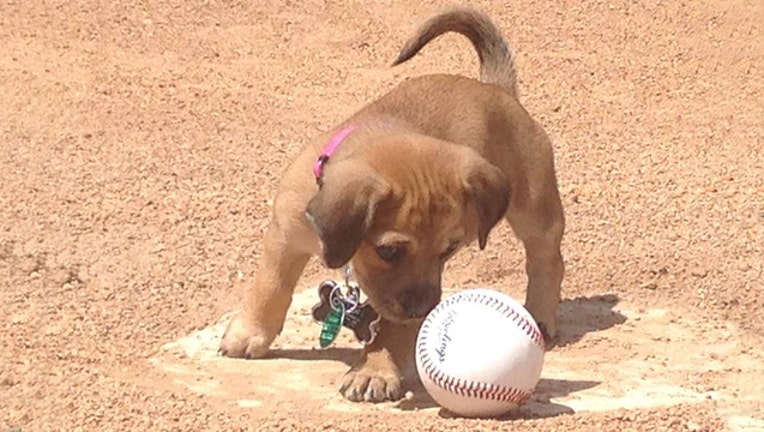 A baseball team in Savannah Georgia is making headlines after naming an abandoned puppy it’s “bat dog” for the season.

According to the Savannah Bananas website, a staff member found the 7-week-old puppy crying in the parking lot two weeks ago. She had no tags, collar or microchip.

The team’s president and his wife have since adopted the puppy and named her Daisy. They hope to train her to retrieve balls or pick up bats during home games.

“We aren’t sure how big she’ll get, so it’s hard to say if she’ll be able to pick up a bat or just coach first base,” said President Jerry Orton. “But as she grows, she’ll be a fixture at the ballpark.”

For now, Daisy goes to the team office daily to interact with players and visitors.