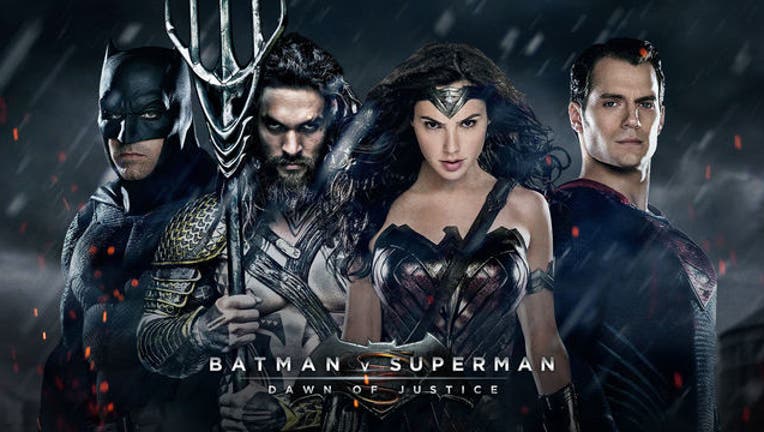 LOS ANGELES (AP) - Neither Batman nor Dinesh D'Souza could finagle their way out of a Razzie.

The annual Golden Raspberry Awards bestowed a tying four "honors" to both D'Souza's documentary "Hillary's America: The Secret History of the Democratic Party" and the superhero blockbuster "Batman v Superman: Dawn of Justice."

D'Souza's film was named the worst picture of the year on Saturday, and the conservative author got both worst director (with co-director Bruce Schooley) and worst actor for playing himself. Worst actress went to Rebekah Turner who played Hillary Clinton.

"This is absolutely fantastic," said D'Souza in a video statement. "My audience loves the fact that you hate me. Thank you."

Not to be outdone, Zack Snyder's $250 million "Batman v Superman: Dawn of Justice" also picked up four "wins" including worst remake, worst screenplay and worst screen combo for its dueling stars Ben Affleck and Henry Cavill. Jesse Eisenberg was also singled out as the worst supporting actor for his over-the-top portrayal of Superman baddie Lex Luthor.

Both films were widely panned by critics upon their release - D'Souza's film for being biased and sensationalist and Snyder's for its messiness. While D'Souza's outing is likely a one-time deal, there is more to come in the DC Comic Book Universe from Snyder whose "Justice League" hits theaters in Nov.

Another poorly received film, "Zoolander 2," got away with only one award, which went to Kristen Wiig for worst supporting actress.

The organization also bestowed the "redeemer" award to Mel Gibson, who was previously nominated for "The Expendables 3" and this year has climbed back up to the ranks to more prestigious awards. Gibson is nominated for a best director Oscar for his World War II film "Hacksaw Ridge."

The Razzie Awards are determined by around 1,000 voting Razzie members from 25 countries, while Worst Screen Combo was voted on by "thousands" through a Rotten Tomatoes partnership.