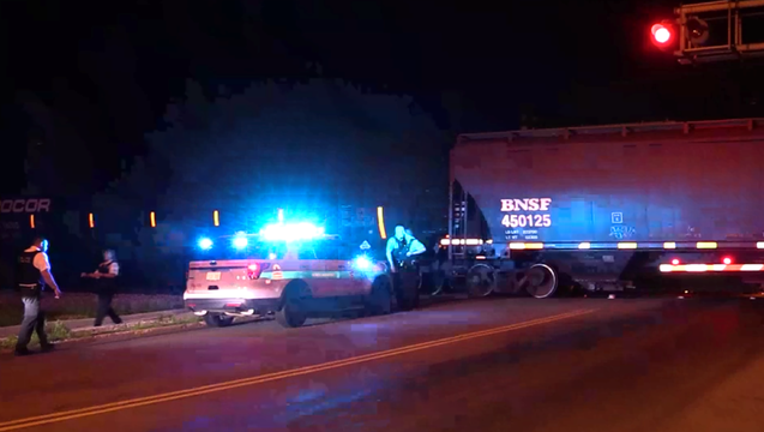 Police investigate after a bicyclist was hit by a freight train in Garfield Ridge. | Network Video Productions

CHICAGO (SUN TIMES MEDIA WIRE) - A bicyclist was struck by a freight train Sunday night in the Garfield Ridge neighborhood on the Southwest Side.

About 9:30 p.m., the 52-year-old rode his bike around warning signals and onto the tracks on South Narragansett Avenue near West 59th Street, when he was struck by an eastbound BNSF train, according to Chicago Police.

The man was taken in critical condition to Advocate Christ Medical Center in Oak Lawn, police said. Fire officials initially said the man died Sunday night, but later said they were getting conflicting information. The Cook County medical examiner’s office did not have any information.