Bill Clinton was released Sunday from the Southern California hospital where he had been treated for an infection unrelated to COVID-19.

"I'm really glad to be back home," he said in a video posted on Twitter Wednesday.

The University of California Irvine Medical Center released the 75-year-old around 8 a.m. local time Sunday. He had been receiving treatment for a urological infection that had spread to his bloodstream, a Clinton aide said.

Clinton's "fever and white blood cell count are normalized, and he will return home to New York to finish his course of antibiotics," Dr. Alpesh N. Amin said in a statement shared on Twitter by a Clinton spokesman.

Prior to being hospitalized on last week, Clinton had been in the Los Angeles area for private events related to his charitable organization, the Clinton Foundation said.

According to spokesperson Angel Ureña, Clinton’s body responded well to the antibiotics. He never went into septic shock, a potentially life-threatening result of such infections.

"President Clinton has continued to make excellent progress over the past 24 hours," Ureña said in an earlier statement. "He is in great spirits and has been spending time with family, catching up with friends, and watching college football."

Bill and Hillary Clinton celebrated their 46th wedding anniversary last week, just one day before the former president was hospitalized. She spent the week at her husband’s side and was joined by their daughter, Chelsea, on Saturday morning.

The former first lady accompanied him as he left the facility Sunday. Dressed in jeans and a sports coat and wearing a face mask, he made his way out of the hospital slowly and stopped to shake hands with doctors and nurses lined up on the sidewalk.

He gave a thumbs-up when a reporter asked how he was feeling, and he and Hillary Clinton then boarded a black SUV. They departed in a motorcade escorted by the California Highway Patrol and headed to the airport. 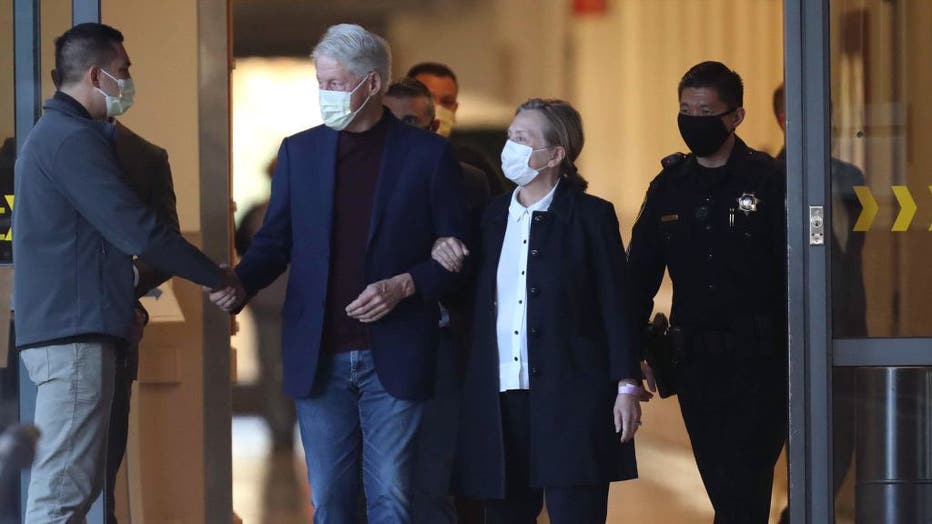 Former President Bill Clinton, standing with his wife, Hillary, was discharged from UC Irvine Medical Center Sunday morning, six days after he was admitted and treated for a urological and blood infection. (Allen J. Schaben / Los Angeles Times via Ge

Last Friday, President Joe Biden revealed that he had spoken to the former president, sending "his best" wishes.

"He’s doing fine; he really is," Biden said during remarks at the University of Connecticut. 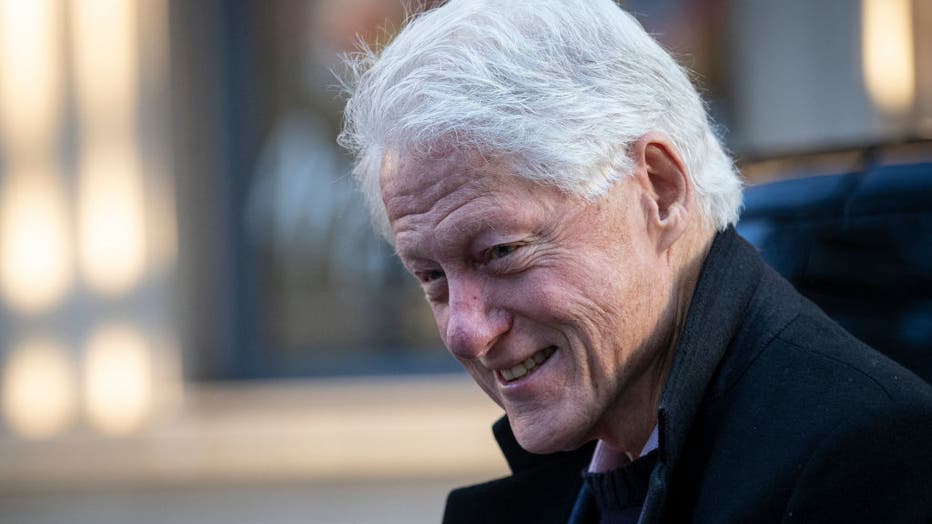 Since leaving the White House in Jan. 2001, Bill Clinton has been plagued by health issues. He underwent quadruple bypass surgery in 2004 after experiencing prolonged chest pains and shortness of breath.

The next year, he suffered a partially collapsed lung — requiring surgery. In 2010, doctors implanted a pair of stents in a coronary artery.

A lifestyle change saw the former president embrace a largely vegan diet and shed weight. It resulted in improved health.

Most of his post-presidential life has consisted of stumping for Democratic candidates — most notably his wife’s 2008 and 2016 presidential bids.