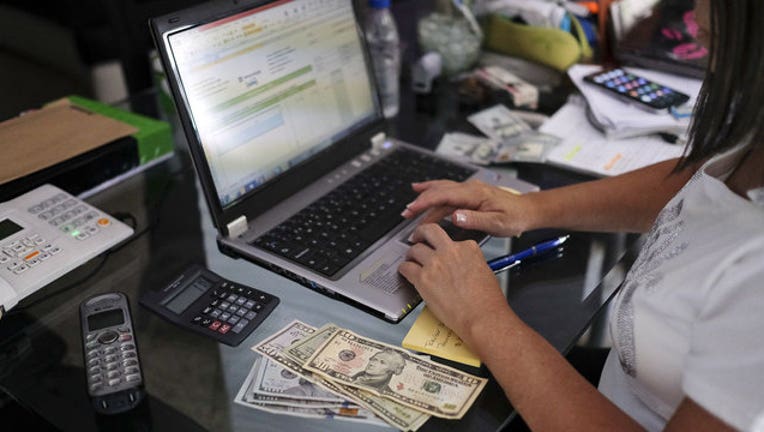 A woman is shown working on a laptop in a file photo. (Photo by Matias Delacroix/Getty Images)

CHICAGO (AP) - Illinois workers will no longer have to disclose their salary history to employers under a new state law.

Gov. J.B. Pritzker on Wednesday signed a law barring employers from asking job applicants how much they made in previous jobs. Illinois lawmakers passed two previous versions of the legislation, but Republican Gov. Bruce Rauner vetoed both.

Supporters of the Equal Pay Act say it's designed to close the wage gap between men and women.

Rauner argued there were more business-friendly ways to address the issue.

The measure signed by Pritzker in Chicago, which takes effect in 60 days, allows workers to seek up to $10,000 in damages if employers violate the law. It also protects the right of employees to discuss their salaries and benefits with co-workers.