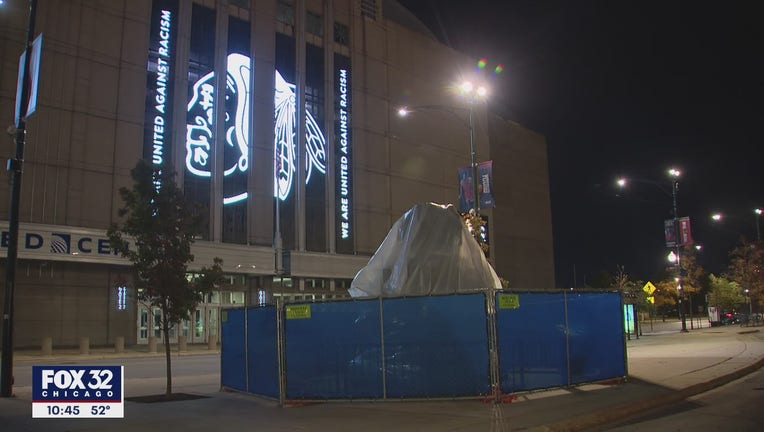 CHICAGO - Someone vandalized the Chicago Blackhawks sculpture outside the United Center on Monday.

The statue was covered up by nightfall, but photos on Twitter posted by an account "no racist mascots" showed the sculpture doused in paint with words written on it and by it.

The Blackhawks are one of the few Native American mascots left in professional sports.

Back in July, the Chicago team said it would keep its mascot and continue to educate people about its Native American roots, and ban fans from wearing headdresses.